Posted on September 8, 2019 by Craig Wieczorkiewicz 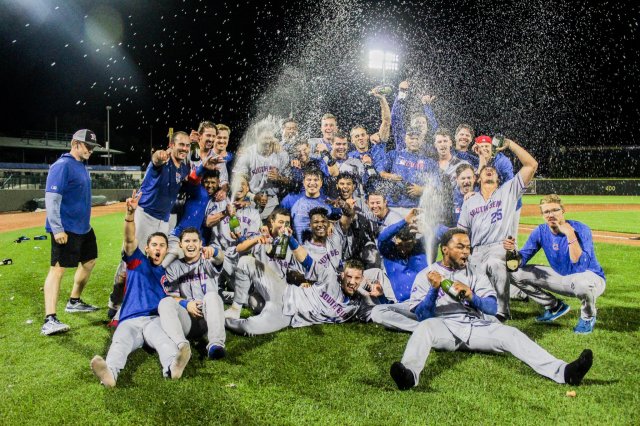 The South Bend Cubs beat the Great Lakes Loons 7-3 Sunday to advance to this year’s Midwest League Championship Series. They will face the winner of Monday’s game between the Cedar Rapids Kernels and the Clinton LumberKings.

This is South Bend’s first trip to the MWL finals since 2013, when they were affiliated with the Arizona Diamondbacks and known as the Silver Hawks. They were swept by the Quad Cities River Bandits in that series.

South Bend has been affiliated with the Chicago Cubs since the 2015 season. The last time a Cubs affiliate won the MWL championship was 2014, when the Kane County Cougars swept through the playoffs after posting the best winning percentage in affiliated baseball.

South Bend last won a MWL championship in 2005. Their opponent in this year’s title series will be determined Monday.

The LumberKings were three outs away from advancing to this year’s finals, but the Kernels rallied for two runs in the bottom of the 9th inning to win Sunday’s game 3-2. The tying run was driven in by Tyler Webb, who went 3-for-3 with a double and a walk. The winning run was driven in by DaShawn Keirsey, who had two hits and two RBI.

Interestingly, when the LumberKings went to the MWL Championship Series in 2016, they advanced by beating the Kernels 1-0 in an 11-inning Game 3 of the Western Division finals. Will history repeat itself, or will the Kernels come out on top this time? We’ll find out Monday night!