Posted on September 7, 2019 by Craig Wieczorkiewicz 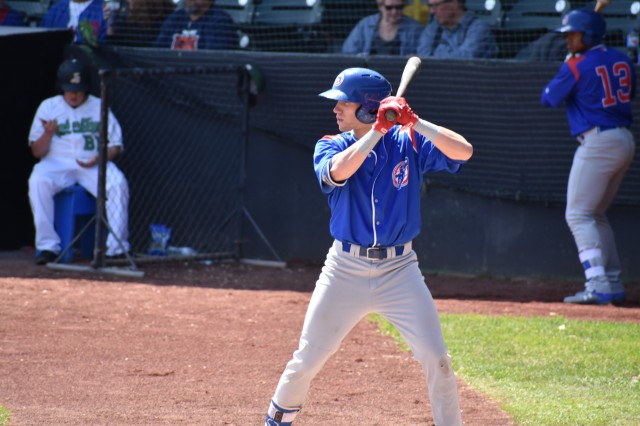 The Clinton LumberKings and the South Bend Cubs took early leads in the second round of the Midwest League playoffs Saturday, beating the Cedar Rapids Kernels and the Great Lakes Loons, respectively.

The LumberKings won 4-0 at home, with the Clinton bats backing up a pitching gem. Starter Josh Roberson allowed only three hits while striking out 10 and walking none in five innings. Manuel Rodriguez allowed one hit, walked one, and struck out two in 3.1 innings before Zach Wolf shut the door with a perfect 9th inning that included two strikeouts.

Game 2 of the best-of-three Western Division finals will be played Sunday in Cedar Rapids.

South Bend won 6-4 at home after staking out a 4-0 lead in the 2nd inning and adding two more runs in the bottom of the 6th. Andy Weber had two hits, including a two-run single, for the Cubs. Jair Camargo hit a solo homer for the Loons.

Game 2 of the Eastern Division finals will be played Sunday in Midland, Mich.