Posted on June 23, 2019 by Craig Wieczorkiewicz 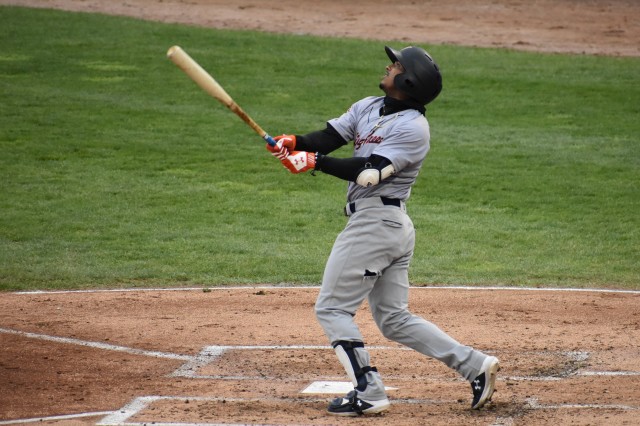 Wander Franco is moving up to the Florida State League on Tuesday, after starting the season in the Midwest League with the Bowling Green Hot Rods. (Photo by Craig Wieczorkiewicz/The Midwest League Traveler)

Bowling Green Hot Rods shortstop Wander Franco — considered by many to be the top prospect in baseball — will be promoted from the Midwest League to the high-A Florida State League, where he will play for the Charlotte Stone Crabs.

According to numerous reports, the Tampa Bay Rays prospect will join the Stone Crabs on Tuesday, when the promotion will be made official. There are no games scheduled in the Midwest League on Monday.

Franco batted .318 with 27 extra-base hits, 29 RBI and 14 stolen bases in 62 games with the Hot Rods this season. He struck out only 20 times and drew 30 walks in 272 plate appearances. He went 1-for-4 with a triple and a walk in his final MWL game, against the South Bend Cubs on Sunday. Ironically, the star prospect was the only Hot Rods player in the lineup who didn’t collect an RBI in Bowling Green’s 11-10 loss to South Bend.

He played in the MWL All-Star Game last week, starting at shortstop for the East team and going 0-for-3 at the plate.

Franco made his professional debut last season with the Princeton Rays of the short-season Appalachian League. He batted .351 with 28 extra-base hits, 57 RBI, 27 walks and 19 strikeouts in 61 Appy League games.