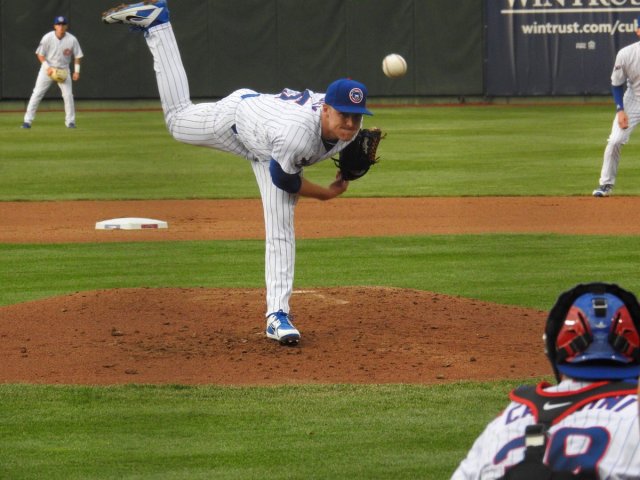 Casey earned the pitching award by throwing seven perfect innings to start a nine-inning, two-pitcher no-hitter against the Cedar Rapids Kernels on May 6. (You can read my post about the no-hitter here.) The Chicago Cubs prospect is 2-1 with a 5.06 ERA, 28 strikeouts and seven walks in 32 innings/seven starts for South Bend this season.

Arendas batted .381 (8-for-21) with three homers, three triples, five runs batted in, and three runs scored in six games during the specified period. Overall this season, the Los Angeles Angels farmhand is batting .270 with 10 extra-base hits and 11 RBI in 25 games with the Bees.