Posted on September 20, 2018 by Craig Wieczorkiewicz 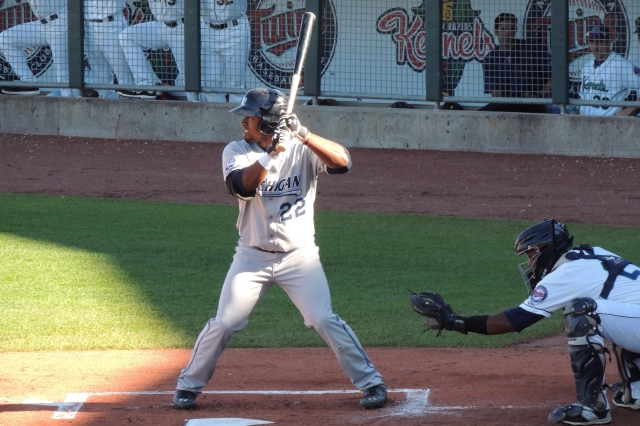 Former West Michigan Whitecaps outfielder Christin Stewart hit his first two major-league homers and drove in six runs to lead the Detroit Tigers to an 11-8 win over the Kansas City Royals on Thursday.

Stewart’s six RBI are a career high, eclipsing his previous personal record of five RBI in a game for the Whitecaps in 2015. He batted .286 with seven homers, nine doubles, four triples and 31 RBI in 51 games with West Michigan.

Thursday’s game was Stewart’s 11th in the major leagues. He went 35 at-bats before homering. The last Tigers rookie to hit his first two homers in one game was Brent Clevlen, who did it on Aug. 1, 2006. Clevlen played for the Whitecaps in 2003, batting .260 with 12 homers, 22 doubles, seven triples and 63 RBI in 138 games. The outfielder played 59 games in the major leagues.

The last Detroit rookie to collect six RBI in a single game was Ryan Raburn, who drove in seven runs for the Tigers on July 25, 2007. He played 56 games with the 2002-03 Whitecaps, batting .256 with nine homers, 17 doubles and 40 RBI. He played parts of 12 seasons in the majors, most recently with the Washington Nationals last year.