Posted on September 14, 2018 by Craig Wieczorkiewicz 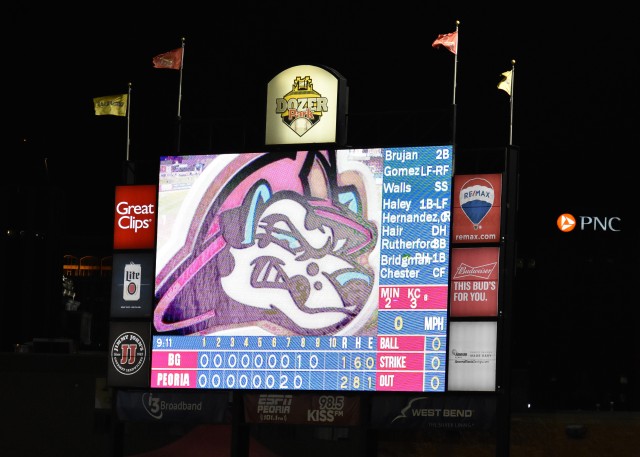 Game 2 of the Midwest League finals was dominated by pitchers, with most of the offense coming in the final three frames. In the end, the Peoria Chiefs beat the Bowling Green Hot Rods 2-1 to even the best-of-five series at a game apiece.

Zach Prendergast was the pitching star for the Chiefs. The St. Louis Cardinals prospect gave up only two hits and a walk while striking out seven batters in 6.2 scoreless innings. He hasn’t allowed a run this postseason, and has struck out 18 batters in 11.2 innings. 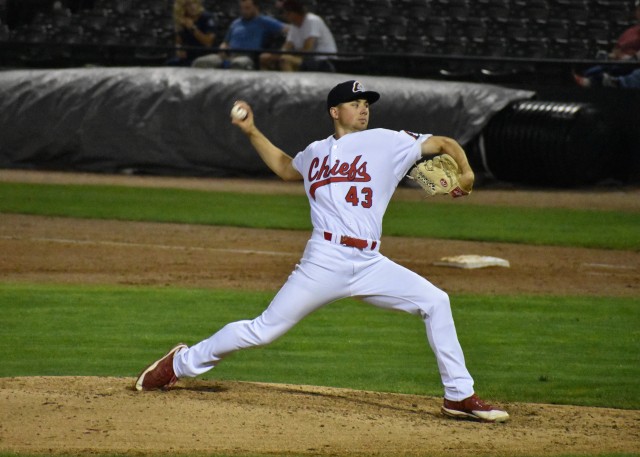 Hot Rods starter Tommy Romero also had a strong start, matching zeroes with Prendergast for six innings before giving up three straight singles to lead off the 7th. That ended the outing for the Tampa Bay Rays prospect, who allowed two runs on six hits and three walks while striking out six batters in his six-plus innings.

Rayder Ascanio singled home Peoria’s first run. The next batter, Nick Plummer, grounded into a double play, but the Chiefs were able to score an insurance run that they ended up needing. The Hot Rods scored their lone run in the next frame, on a Vidal Brujan sacrifice fly.

Chiefs shortstop Rayder Ascanio blows a bubble after the Hot Rods made an out early in the game. (Photo by Craig Wieczorkiewicz/The Midwest League Traveler)

The series now moves to Bowling Green for at least two games, to be played Saturday and Sunday. Both games have 6:30 p.m. start times. If a fifth game is necessary, the Hot Rods will host it on Monday night.