Posted on September 7, 2018 by Craig Wieczorkiewicz 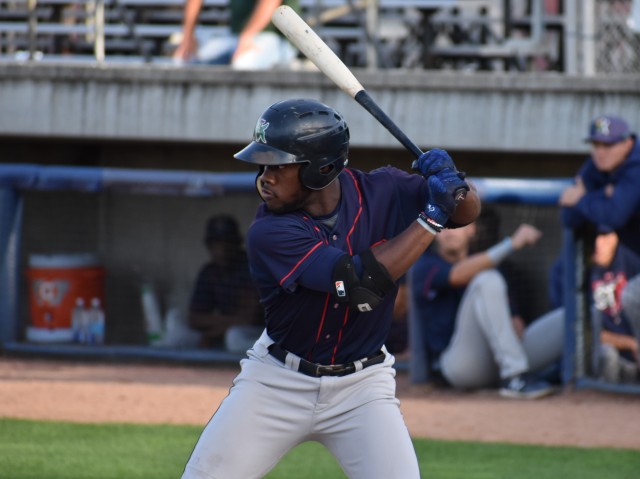 Akil Baddoo led off for the Cedar Rapids Kernels in both games of the team’s first-round playoff series. (Photo by Craig Wieczorkiewicz/The Midwest League Traveler)

A three-hit game by Akil Baddoo and a seven-inning shutout from Randy Dobnak were key to the Cedar Rapids Kernels winning Game 2 of their series versus the Beloit Snappers 4-0 Friday. The victory advances the Kernels to the Western Division finals for the fifth consecutive year.

All four teams that advanced to the second round of the playoffs — the Kernels, the Peoria Chiefs, the West Michigan Whitecaps and the Bowling Green Hot Rods — swept their opponents in the first round.