Ronaldo Hernandez named MWL player of the month for June

Posted on July 10, 2018 by Craig Wieczorkiewicz 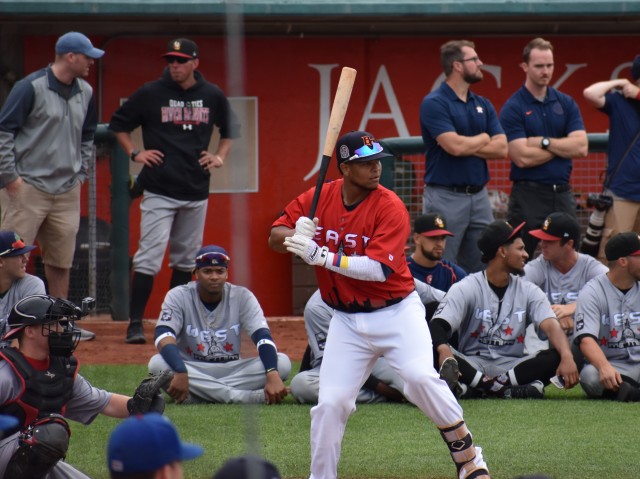 Bowling Green Hot Rods catcher Ronaldo Hernandez was named the Midwest League Player of the Month after batting .366 and leading the league in five other categories in June.

“Ronaldo had a terrific month,” Hot Rods Manager Craig Albernaz said in a press release. “He has certainly helped lead our offense not just recently, but really the entire season. I’m glad to see him get recognized for his efforts.”

The Monday announcement came on the heels of Hernandez’s perfect day at the plate on Sunday. He went 4-for-4 and hit the go-ahead homer in the 9th inning of the Hot Rods’ 4-3 win over the TinCaps at Fort Wayne.

Also in June, Hernandez won the MWL Home Run Derby, blasting 13 homers in the final round and 27 total to win the two-round contest. During the regular season this year, the Tampa Bay Rays prospect is batting .314 with 14 homers, 19 doubles and 59 RBI in 71 games.