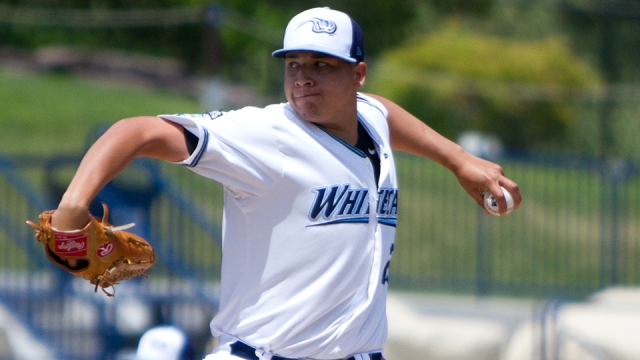 Idrogo was dominant in his only start during that time. In seven innings, the Detroit Tigers prospect gave up only three hits while walking none and striking out a career-high 11 batters. The seven-inning outing was a complete-game shutout for Idrogo because it was the second game of a doubleheader.

A 22-year-old native of Venezuela, Idrogo is 2-2 with a 0.49 ERA, 34 strikeouts and eight walks in 37 innings/six starts this season. His ERA is the lowest among qualifying pitchers in Minor League Baseball.

This is the second time Smith was named the MWL offensive player of the week. The other time was for the period of April 23-29.

Cincinnati Reds prospect Hunter Greene has made six starts for the Dayton Dragons, and his Saturday outing was his best in the Midwest League thus far. In four innings against the Peoria Chiefs, he gave up only two hits, walked none, and struck out five batters. He kept his opponent scoreless only one other time this season, when the 18-year-old fireballer gave up three hits and one walk while striking out three batters in 2.1 innings versus the South Bend Cubs.

Last year’s No. 4 overall draft pick, Tampa Bay Rays prospect Brendan McKay, was officially promoted to High-A today. The two-way player was particularly dominant as a starter for the Bowling Green Hot Rods, going 2-0 with a 1.09 ERA, 40 strikeouts and two walks in 24.2 innings/six starts. In 21 games as an offensive player (12 as a designated hitter and nine as a first baseman), the left-hander batted .254 with one homer, two doubles, 28 walks, 16 runs batted in, and 12 runs scored.