Posted on May 7, 2018 by Craig Wieczorkiewicz

A pair of Quad Cities River Bandits were named the Midwest League players of the week for the period of April 30 to May 6.

In his last six games, shortstop Jonathan Arauz batted .522 (12-for-23) with three homers, three doubles, 11 runs batted in, and eight runs scored. On Tuesday, he went 4-for-5 with a grand slam, a double and a walk against the Great Lakes Loons. On Saturday, he went 3-for-3 with a homer, a double, a walk and five RBI against the Lansing Lugnuts.

LHP Patrick Sandoval made two starts during the past week, against the Loons on Tuesday and the Lugnuts on Sunday. He went 1-0 with a 1.80 ERA (two earned runs) in 10 innings, struck out 14 batters, and walked none.

The River Bandits are the Midwest League affiliate of the Houston Astros. 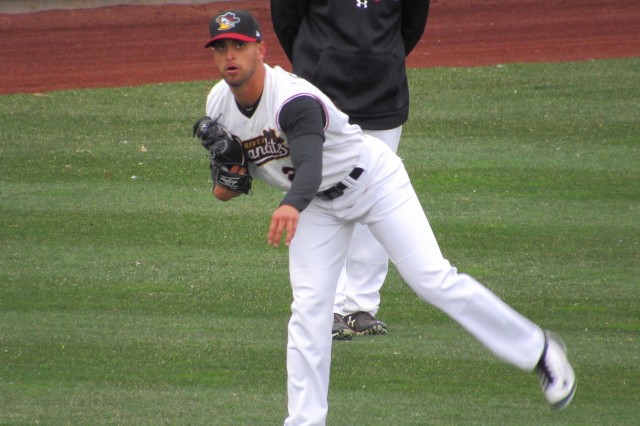