Posted on March 1, 2018 by Craig Wieczorkiewicz

It’s that time of year again, when spring training begins and the West Michigan Whitecaps hold their annual fan vote to determine which unique food suggestion will be added to their ballpark menu for the upcoming season.

This is the ninth year the Whitecaps are doing this. Last year’s winner was beercheese poutine, a dish consisting of waffle fries, pulled pork, barbecue sauce and green onions, along with a beer-cheese sauce that served as the gravy found in traditional poutine dishes.

Voting in this year’s contest runs through Friday, March 9. (Cast your vote here.) The winner will be announced later this month.

Here are photos and descriptions of each of the 10 food items in the contest, as provided by the Whitecaps: 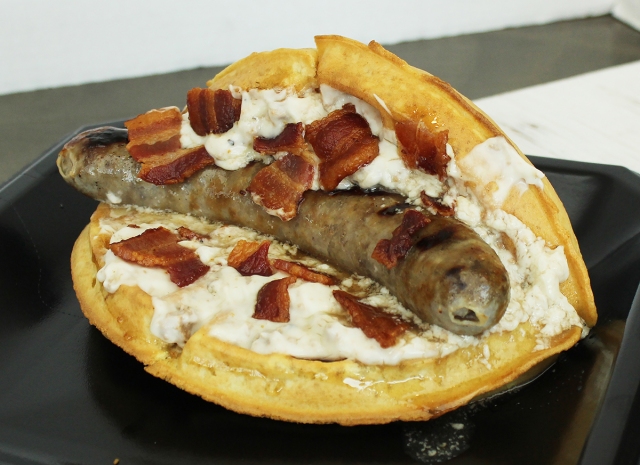 Johnny Brunch: Here is why breakfast is the most important meal of the day. Take a grilled bratwurst, top it with a generous serving of sausage gravy, maple syrup and bacon, and then fold it into a waffle like a taco. Talk about a five-tool prospect. 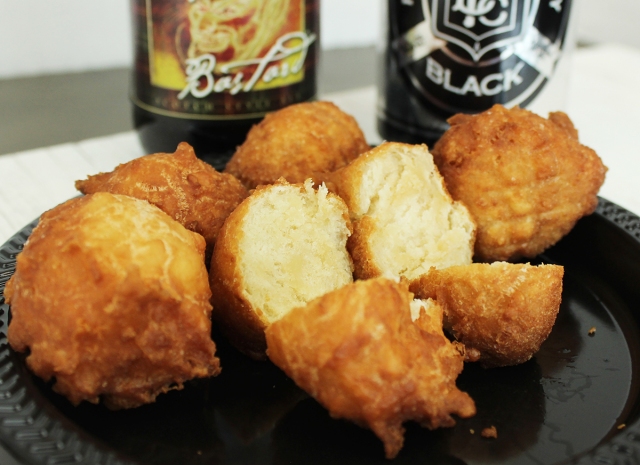 Deep Fried Beer: This time, we’ve brewed up a pocket of dough that’s complemented by a round of beer – you can choose between Founder’s Dirty Bastard or Perrin Black – and then, you guessed it, deep fried. Never let anyone tell you something can’t be deep fried. 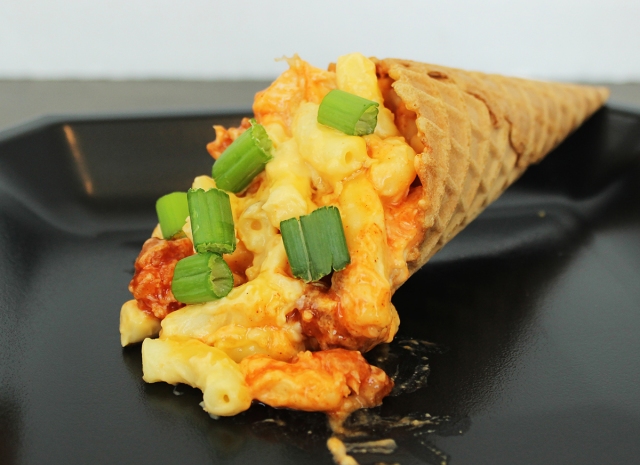 Grub Glove: This one is a real catch. The double-play combination of buffalo chicken and mac ‘n cheese are stuffed into a waffle cone with maple syrup drizzled over the top. Diamond gems are rarely this tasty. 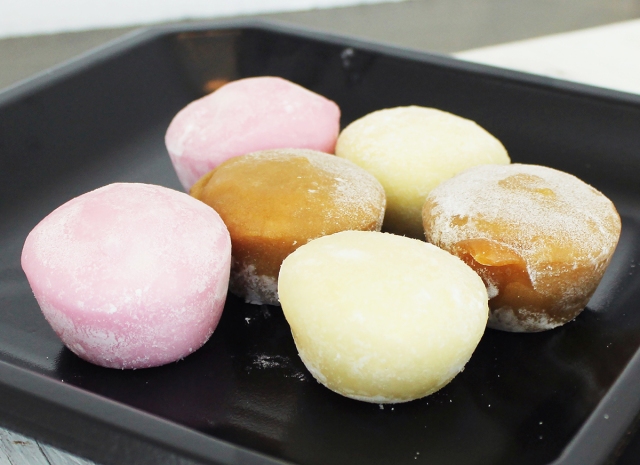 Mochi Ice Cream: Ready for a little culture? Mochi is a traditional Japanese cake made of pounded sticky rice that is then formed around an ice cream filling. The ice cream will provide flavor while the Mochi adds sweetness and texture. Konnichiwa! 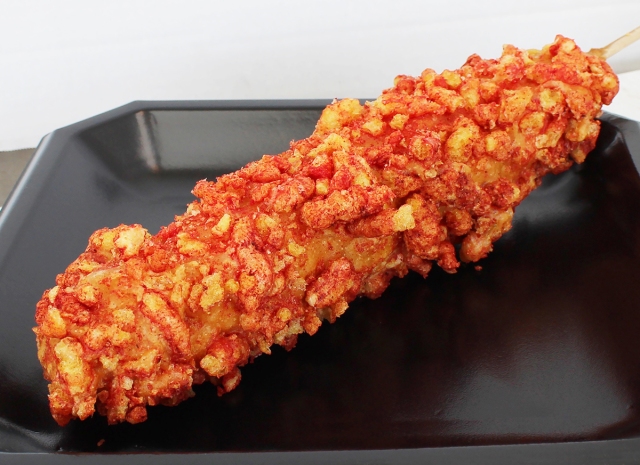 Heater With Some Meater: Flaming Hot Cheetos have inspired memes, doughnuts and even a potential feature-length film. (Seriously!) We’re taking a foot-long corn dog and rolling it in this pop-culture phenomenon. Bring the heat! 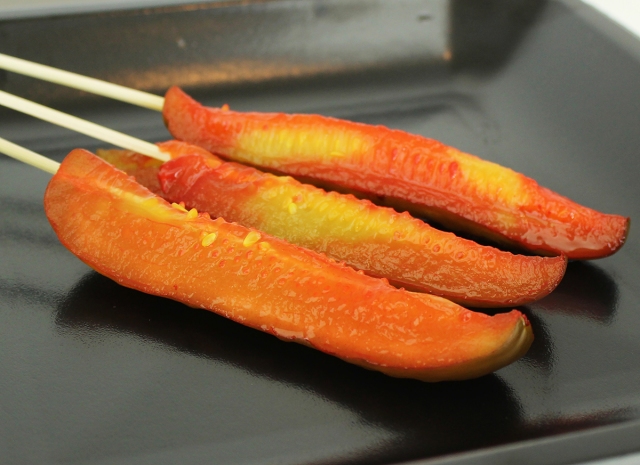 Koolickles Pickles: Did you know that marathon runners drink pickle juice during races to help with cramps? Now, we’re bringing it to the ballpark, this time soaked in cherry-flavored Kool-Aid. As the Kool-Aid Man would say, “Oh yeah!” 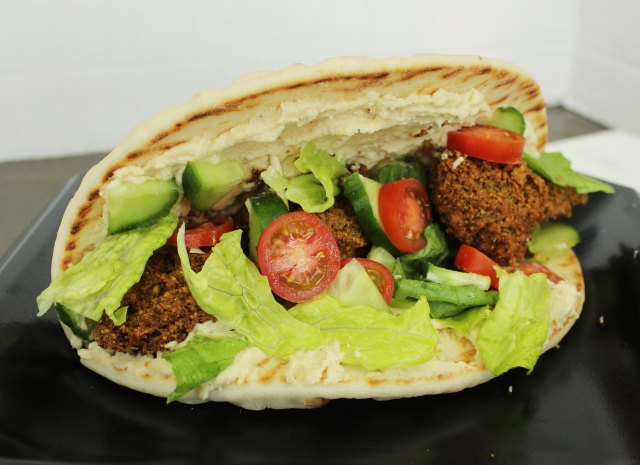 Hey Pita, Pita, Pita!: We want a freshly-fried falafel ball topped with lettuce, tomato, cucumber and pepper on warm pita bread and covered with hummus, not a belly itcher! (This will be the new sandlot taunt, right?) 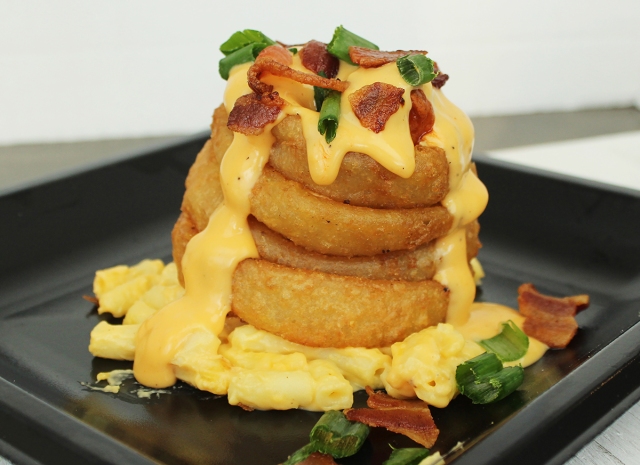 Mt. Wing-suvius, the Wing-Ring Volcano: This is for volcanic appetites. Two gigantic onion rings will be layered first with mac ‘n cheese, then boneless chicken, and topped with bacon, green onions and beer cheese. You’re going to lava it. 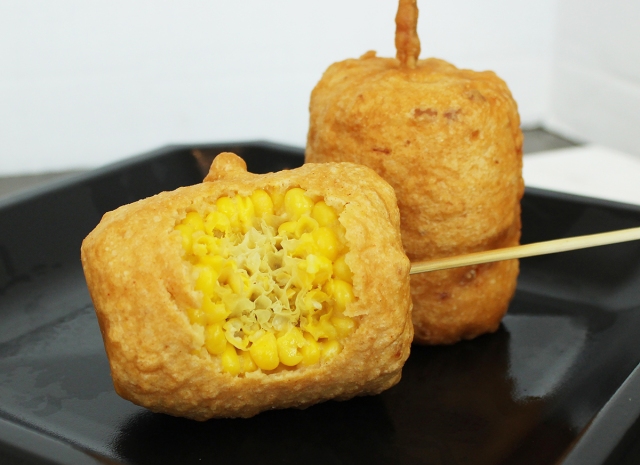 The Fry Cobb: Batter up! … down, around and all over a quarter ear of corn that will then be deep-fried on a stick. Even the Georgia Peach would approve. Or so we assume. 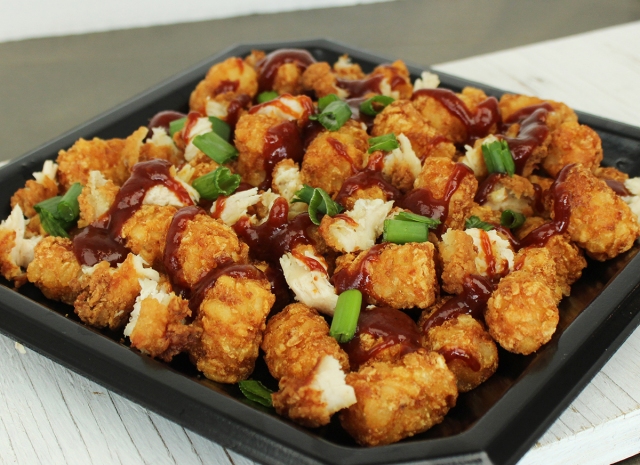 Gator-Tators: Here’s a snack you can really sink your teeth into. Take one of the greatest inventions ever — tater tots — and cover them in — wait for it — alligator meat. Don’t let anyone tell you this is a bunch of croc.