Posted on February 27, 2018 by Craig Wieczorkiewicz 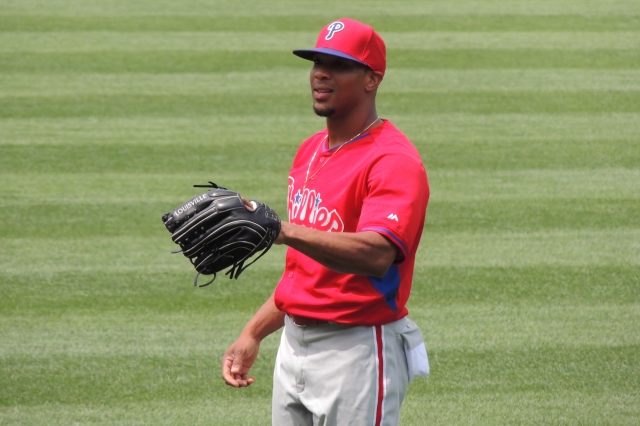 Free-agent outfielder Ben Revere agreed to a minor-league deal with the Cincinnati Reds, 10 years after he was the top star in the Midwest League.

Revere batted .275 with 1 HR, 20 RBI and 21 SB in 109 games with the Los Angeles Angels last year. He is expected to compete for the fifth outfield spot on Cincinnati’s big-league roster, with his chances of making the team increasing if the Reds end up trading one of the outfielders ahead of him on their depth chart.

Revere was the Midwest League’s Most Valuable Player and Prospect of the Year in 2008, when he batted .379 with 1 HR, 43 RBI and 44 SB in 83 games with the Beloit Snappers. Beloit was affiliated with Minnesota at that time. Revere made his major-league debut for the Twins in September 2010.

Revere has been a reliable hitter for average through most of his eight-year MLB career, but had a terrible 2016 season in which he hit only .217 in 103 games with the Washington Nationals. He has a .284 batting average in 857 career MLB games.

This entry was posted in Beloit Snappers, Midwest League. Bookmark the permalink.