Posted on December 13, 2017 by Craig Wieczorkiewicz

The U.S. Senate election in Alabama on Tuesday pitted Democrat Doug Jones against Republican Roy Moore, with Jones coming away with a narrow win. That made me think of former MLB reliever Doug Jones, who pitched for the Burlington Bees in 1979.

Jones was a Milwaukee Brewers prospect when he played in the Midwest League. His 10-10 record didn’t accurately reflect how good the right-hander was for the Bees. He had a 1.75 ERA and 115 strikeouts in 190 innings accumulated in 28 games. He made 20 starts and finished 16 of them. Three were shutouts.

Jones made four relief appearances for the Brewers in 1982, but he didn’t stick in the majors until after he signed with the Cleveland Indians before the 1985 season. He retired after the 2000 season, having posted a 3.30 ERA and 303 saves for seven teams over a 16-year period.

He is the only Doug Jones who played in the major leagues. 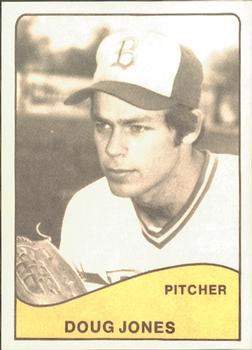 There is only one Roy Moore who played in the majors, too. He was a left-handed pitcher whose MLB career spanned four seasons with the Philadelphia Athletics and the Detroit Tigers, from 1920-23. That’s well before the Midwest League began as the Illinois State League in 1947. (The league changed its name to the Mississippi-Ohio Valley League in 1949 before adopting the Midwest League name in 1956.)

One interesting note about Moore is where he pitched his final full season as a professional player. He appeared in three games for Detroit in 1923, but spent most of that season in the minors playing for the Birmingham Barons. Birmingham, of course, is in Alabama, where the other Roy Moore just lost the U.S. Senate race. 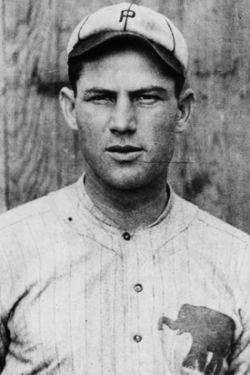