Posted on September 15, 2017 by Craig Wieczorkiewicz

After winning the first two games on the road, the River Bandits are in good position to win the championship in front of their home crowd, as the series now moves to Modern Woodmen Park for the remainder of the set.

The TinCaps would have to win three straight games on the road to be crowned league champions. That’s not impossible, but their offense has struggled against the River Bandits’ pitching staff in this series. In Game 2 they were handcuffed by Quad Cities starter Patrick Sandoval (6 IP, 6 H, 0 R, 1 BB, 2 K) and reliever Salvador Montano (3 IP, 1 H, 0 R, 1 BB, 4 K).

The only TinCaps hitter who made consistent contact throughout the game was 17-year-old shortstop Gabriel Arias, who hit two doubles and a triple. His leadoff double in the bottom of the 7th inning prompted River Bandits manager Russ Steinhorn to take Sandoval out of the game. 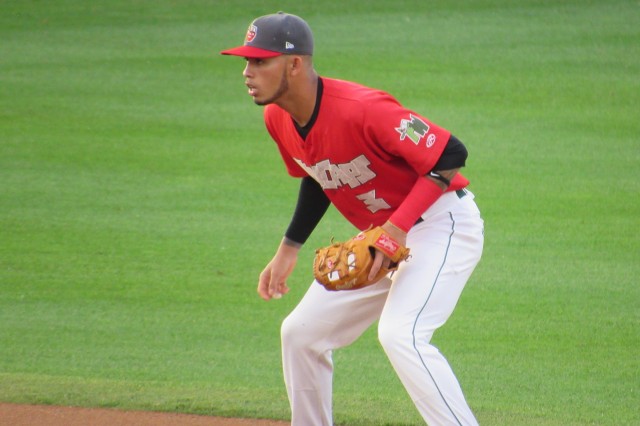 Offense was a different story for the River Bandits. Five of the nine players in their starting lineup had two hits, and only one of the other four (Chuckie Robinson, who homered in Game 1) didn’t reach base. Five different players each drove in a run, including Chas McCormick, who has six RBI this postseason.

Rehabbing Houston Astros third baseman Colin Moran continued to deliver for the River Bandits as their designated hitter batting in the No. 2 hole. He went 2-for-4 with a walk and an RBI in Thursday’s game.

(A couple of stray observations about Moran: He’s been wearing a logo-less batting helmet — perhaps his Astros helmet with the logo taken off for his rehab assignment — and he seems to always be touching his beard when he’s on base, except when he crouches down into his ready-to-run stance.) 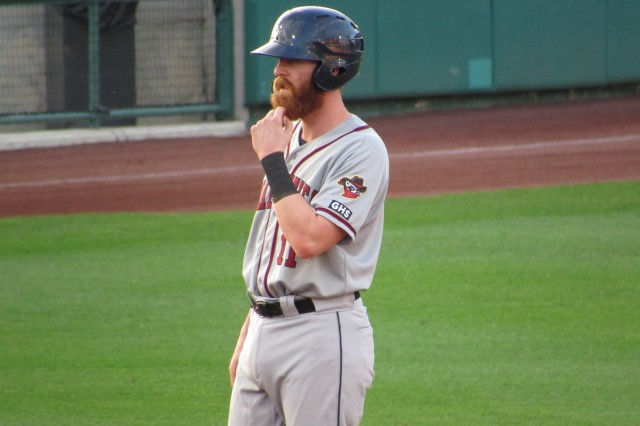 Colin Moran, wearing a logo-less helmet, touches his beard while at second base during Thursday’s game.

Game 3 of the Midwest League Championship Series is scheduled to begin at 6:35 p.m. CT Saturday. LHP Adrian Morejon is expected to start for the TinCaps. The River Bandits will announce their starting pitcher later.

The TinCaps gave away drawstring bags adorned with the team’s “25 seasons” logo. Win or lose, playing in the championship series is a pretty good way to celebrate the anniversary. So is setting a new franchise record for attendance, as 419,128 fans went to Parkview Field for 70 regular-season and four postseason games this year. 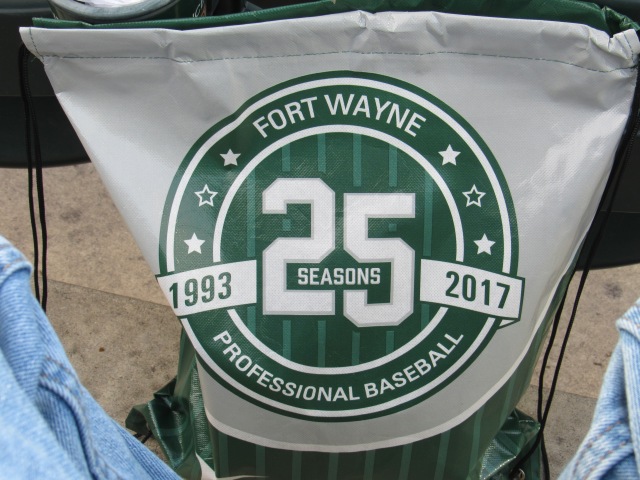