Posted on September 14, 2017 by Craig Wieczorkiewicz 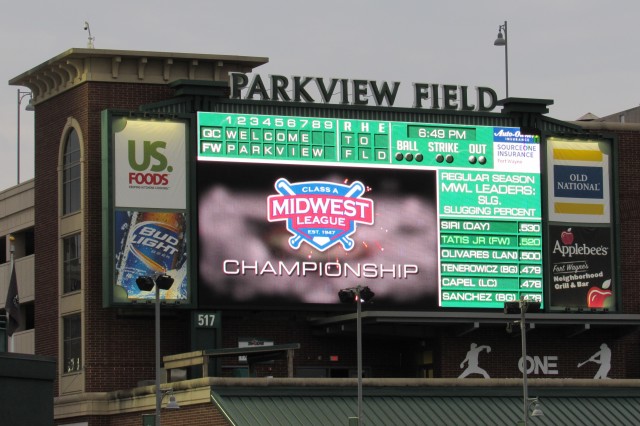 The Quad Cities River Bandits tagged Fort Wayne TinCaps starter Pedro Avila for six runs, including five in the 1st inning, on their way to a 6-3 win Wednesday in the opening game of the Midwest League Championship Series.

Four of QC’s 1st-inning runs scored with two outs in the frame, with the big blow being a three-run homer by J.J. Matijevic. Fort Wayne responded with two runs of its own in the bottom half, plating a pair on a Nate Easley round-tripper. 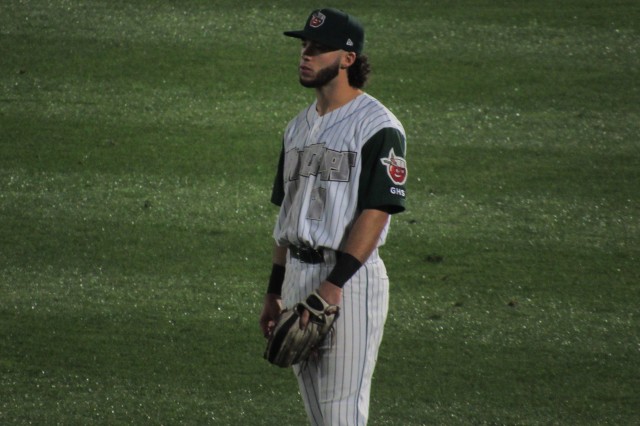 Each team managed only one more run — QC’s Chuckie Robinson homered in the 3rd, and FW’s Justin Lopez singled home a run in the 4th — before the bullpens took charge and kept the score 6-3 for the rest of the game.

QC’s first reliever, Jesus Balaguer, got the win after striking out seven while giving up only one hit and one walk in three innings. Robert Corniel earned the save with 2.1 innings of one-hit ball.

TinCaps reliever Jim McDade struck out four and walked one in three hitless innings. Earlier this year he set a new Midwest League record for most consecutive innings pitched without issuing a walk.

There were 31 strikeouts in the game — 16 by the TinCaps (including 12 by Avila) and 15 by the River Bandits (six by starter Cristian Javier).

Colin Moran is still rehabbing with the River Bandits, as he has been since August 31. The Houston Astros third baseman suffered a concussion and a facial fracture on July 22 when he fouled a pitch off his face. In his 10 games with Quad Cities, he has batted .314 with seven walks and five runs batted in. He went 2-for-3 with a walk and a strikeout as the River Bandits’ designated hitter Wednesday. 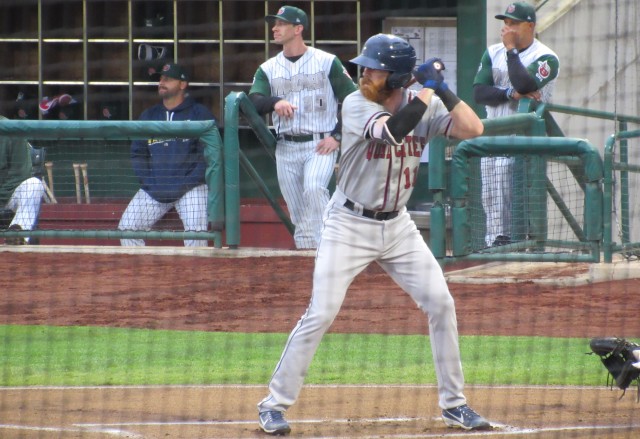 Game 2 of the best-of-five series will be played Thursday at Parkview Field before moving to Quad Cities’ Modern Woodmen Park for the remainder of the set. Probable pitchers are TinCaps RHP Lake Bachar and River Bandits LHP Patrick Sandoval.

Rain is not expected for Game 2, which would be an improvement over the continual drizzle that fell throughout Game 1. 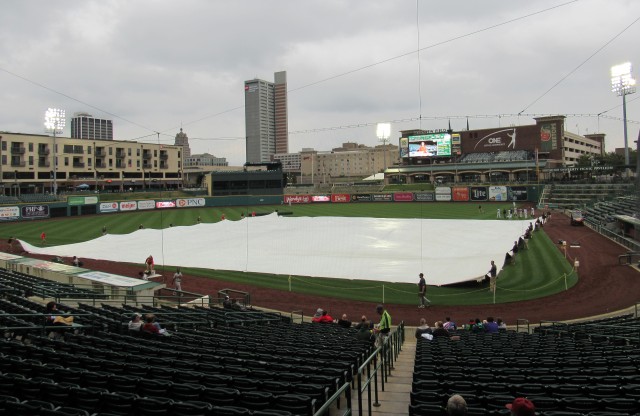 The Parkview Field grounds crew prepares to remove the tarp off the field before Wednesday’s game.