TinCaps and River Bandits to face off in Midwest League finals

Posted on September 12, 2017 by Craig Wieczorkiewicz

The Fifth Third Field scoreboard after Game 3 of the Eastern Division finals. (Photo tweeted by @TinCaps)

The Fort Wayne TinCaps and the Quad Cities River Bandits will play in this year’s Midwest League Championship Series after defeating the Dayton Dragons and the Cedar Rapids Kernels, respectively, in the semifinals Monday.

Both teams won by scoring early and holding off their opponents with great pitching.

In Dayton, the TinCaps scored three runs in the first two innings and set the game on cruise control, limiting the Dragons to three hits and two walks in the 3-0 shutout. TinCaps starter Michel Baez got the win after giving up only two hits and one walk while striking out seven in five innings. Relievers Ronald Bolanos, Dauris Valdez and Hansel Rodriguez shut Dayton down the rest of the way, giving up only one hit and one walk between them.

TinCaps pitchers were outstanding throughout the series, allowing only two runs in the opening game in Fort Wayne before shutting out the Dragons in both games in Dayton.

In Cedar Rapids, the River Bandits got off to a quick start at the plate, scoring three runs on a bases-loaded double by Josh Rojas in the top of the 1st inning. They added a run in the 4th and two more in the 9th on their way to beating the Kernels 6-1.

River Bandits starter Kristopher “Kit” Scheetz, who joined the team from short-season in mid-August, dominated Kernels bats in his 6.2 innings of work. He gave up three hits and a walk while striking out nine batters. He retired 13 consecutive batters at one point, and his only real mistake was giving up a solo homer to Aaron Whitefield in the bottom of the 7th inning.

Relievers Salvador Montano and Robert Corniel pitched the last 2.1 innings for the River Bandits, giving up only one hit and two walks. 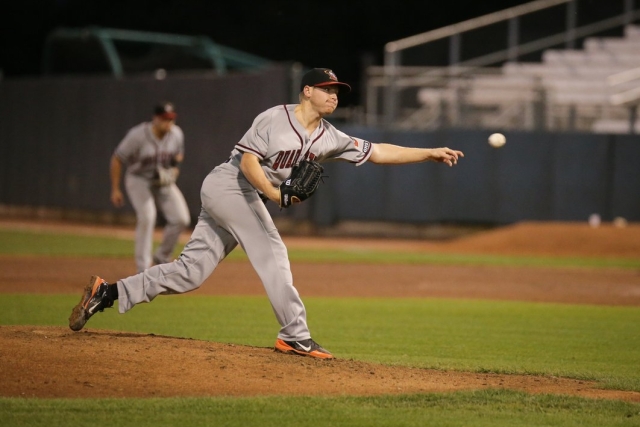 The best-of-five Midwest League Championship Series begins Wednesday at Fort Wayne’s Parkview Field, which also will host Game 2 on Thursday. Quad Cities’ Modern Woodmen Park will host Game 3 on Saturday, and if necessary, Game 4 on Sunday and Game 5 on Monday.