Posted on August 21, 2017 by Craig Wieczorkiewicz 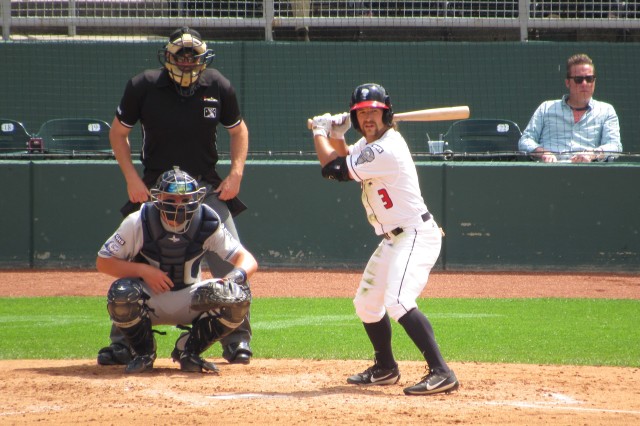 Lansing Lugnuts leftfielder Nick Sinay was hit by a pitch Monday for the 37th time this season, setting a new Midwest League record.

The mark was made in the bottom of the 7th inning, when Sinay was hit by a fastball thrown by South Bend Cubs LHP Yapson Gomez. After that inning ended, the game was paused for six minutes so fans and players could view the solar eclipse. (It was only a partial solar eclipse in Lansing; Bowling Green was the only MWL city in the path of totality, with total solar eclipse occurring about 10 minutes after the Hot Rods game ended.)

South Bend won the game 8-7 in 11 innings, with second baseman Yeiler Peguero driving in three runs for the Cubs. Lugnuts shortstop Kevin Vicuna had four hits in the game.

Lugnuts players have been hit by a pitch 105 times this season, eight shy of the Midwest League record for a team in a single season. The 2001 Quad City River Bandits — a team that included future MLB star Justin Morneau and current Cedar Rapids Kernels manager Tommy Watkins — were hit by 113 pitches in 137 games.