Posted on July 17, 2017 by Craig Wieczorkiewicz 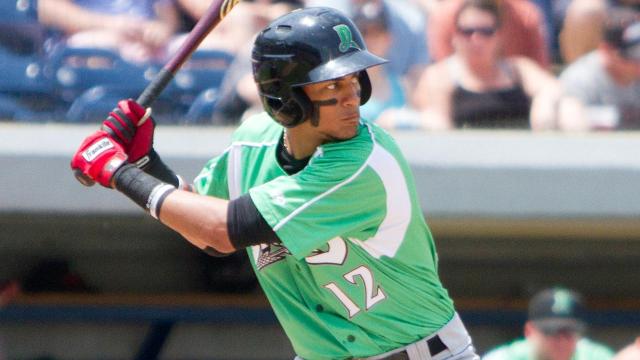 Midwest League offensive player of the week Jose Siri currently has a 24-game hitting streak for the Dayton Dragons. (Photo by Emily Jones/MiLB.com)

During the period of July 10-16, Siri batted .423 (11-for-26) with two homers, five doubles, and seven runs batted in. He collected two more hits Monday, extending his hitting streak to 24 games. That matches the longest Midwest League hitting streak this decade (2010-now); it also was done by four others, including two last year (Fort Wayne TinCaps catcher Austin Allen and Lake County Captains catcher Francisco Mejia, who extended his hitting streak to 50 games in High-A).

Siri’s hitting streak is a new franchise record for the Dragons, whose previous high mark was 20 consecutive games by Carlos Mendez in 2009.

Erwin made two starts in the past week, earning a win in both contests. In the first game (on July 10 vs. the Kane County Cougars), he struck out eight batters while scattering five hits and one walk in six scoreless innings. In the second game (Sunday vs. the Great Lakes Loons), he struck out seven batters while allowing only one hit and one walk in five scoreless innings.

That surely is what the West Michigan Whitecaps are thinking after shutting out the Quad Cities River Bandits 7-0 on Sunday. The shutout is the 19th of the season for the Whitecaps, tying the team record set in 2000. It also improved West Michigan’s record to 62-28 this season (17-6 in the second half).

A big part of their success is the excellent pitching the team has gotten from its staff this season. Whitecaps hurlers have a combined 2.65 ERA, the lowest mark of any full-season team in professional baseball this year. 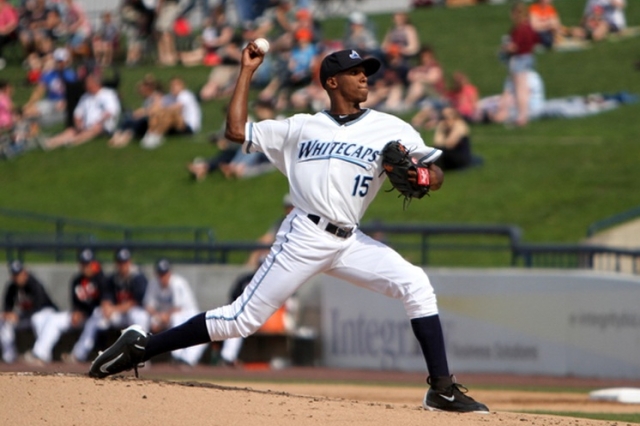 The Whitecaps finish their series against the River Bandits on Monday before starting a six-game swing through Wisconsin on Wednesday.

*This is a reference to the first line of the Rolling Stones song “19th Nervous Breakdown,” in case you didn’t recognize it.