Posted on June 6, 2017 by Craig Wieczorkiewicz

Wong, recovering from a left elbow strain, will bat leadoff and play second base for the Chiefs as the team takes on the Kane County Cougars in the first game of a three-game series. He is expected to play with the Chiefs for the entire series before he is eligible to be activated off the disabled list Friday.

All three games are night contests with start times of 7 p.m. CT.

Wong made his professional debut in the Midwest League in 2011 after the Cardinals drafted him with the 22nd overall pick that year. He batted .335 with 5 HR, 25 RBI and 9 SB in 47 regular-season games with the 2011 Quad Cities River Bandits, who won the Midwest League Championship Series. He made his major-league debut in 2013. 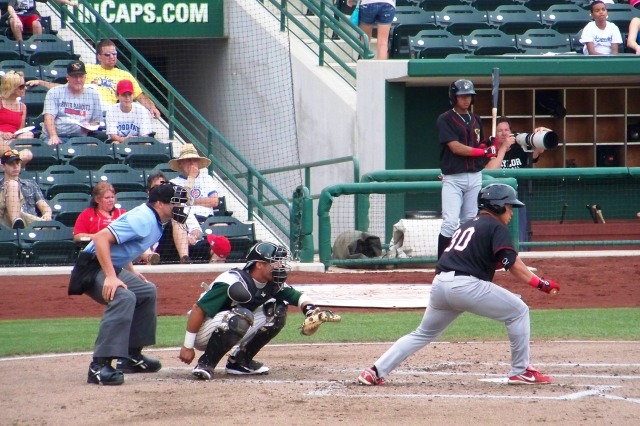 Kolten Wong attempts to lay down a bunt for the Quad Cities River Bandits in 2011. (Photo by Craig Wieczorkiewicz/The Midwest League Traveler)