Posted on May 4, 2017 by Craig Wieczorkiewicz

The previous Midwest League club record for a single game was five hit batters, done by many teams over the MWL’s long history.

Peoria’s pitching staff has struggled with control this season, hitting 27 batters in their first 24 games. That’s 11 more than the next-closest team, the Beloit Snappers, who have hit 16 batters in 24 games.

Lansing has allowed 234 hits, Peoria 215 (tied for second-worst with the Great Lakes Loons).

The Chiefs have given up the most home runs in the MWL (31), but the Lugnuts rank sixth-worst with 20 homers allowed. 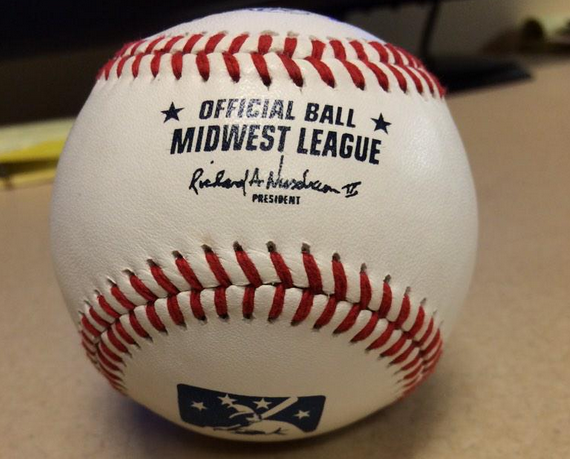 The Lugnuts (14-11) are in fourth place in the Eastern Division, 1.5 games behind the Dayton Dragons, the South Bend Cubs and the West Michigan Whitecaps, who each have a 16-10 record.

The Chiefs (10-14) are tied with the Clinton LumberKings for the second-worst record in the Western Division, ahead of only the Burlington Bees (9-13). The Kane County Cougars (15-9) currently sit atop the Western Division standings, a half-game ahead of the Cedar Rapids Kernels (15-10).