Posted on April 29, 2017 by Craig Wieczorkiewicz 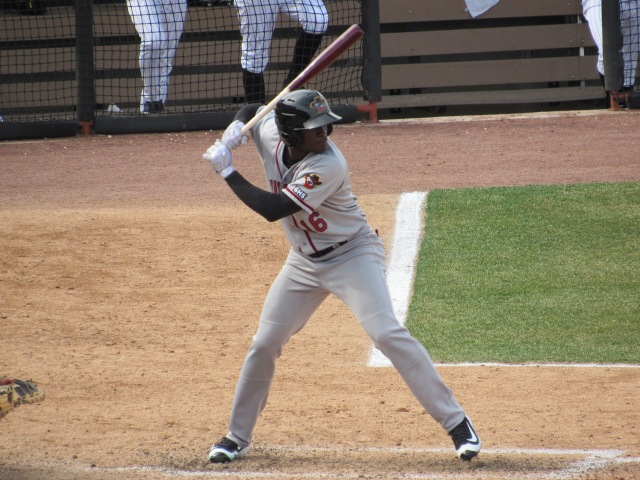 River Bandits CF Daz Cameron went 3-for-5 with a home run, a triple and 7 RBI in Quad Cities’ 19-2 win over the Clinton LumberKings on Friday. (Photo by Craig Wieczorkiewicz/The Midwest League Traveler)

Quad Cities centerfielder Daz Cameron drove in a career-high seven runs and finished a double shy of the cycle Friday as the River Bandits unleashed an offensive assault on the LumberKings, winning 19-2 at Clinton’s Ashford University Field.

Cameron was one of five River Bandits who had at least three hits in the game. Third baseman Randy Cesar and first baseman Taylor Jones also were among those five, and each drove in three runs. 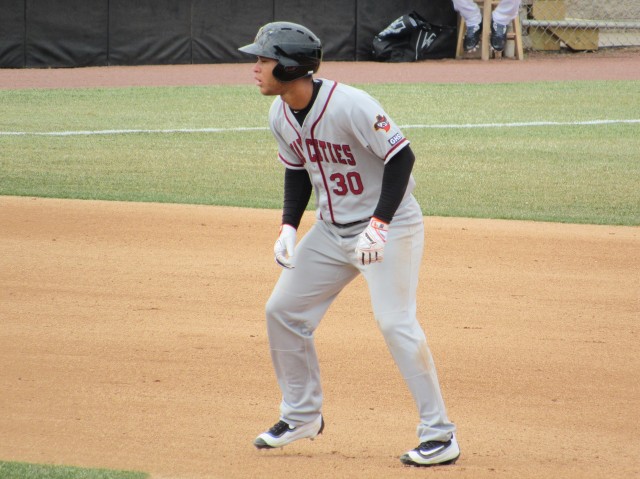 This was the fifth time the River Bandits posted a double-digits score in their 22 games this season.

River Bandits starting pitcher Forrest Whitley — the No. 6 Houston Astros prospect, according to Baseball America — pitched three scoreless innings. He gave up three hits and no walks, and struck out seven.

You can see the game’s box score here.