Posted on April 3, 2017 by Craig Wieczorkiewicz 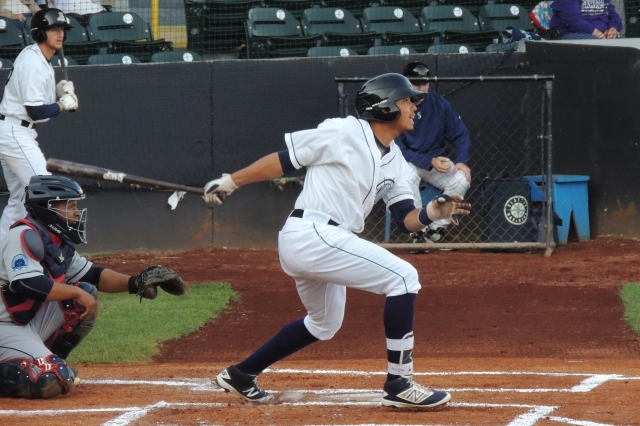 One of those prospects, outfielder Luis Liberato (No. 24), is one of nine players returning to Clinton after playing there for part or all of the 2016 season. Liberato spent the entire 2016 season with the LumberKings, though he did two stints on the disabled list because of pulled hamstrings. He batted .258 with 2 HR and 29 RBI in 100 games. According to Baseball America, Liberato “possesses a pure left-handed swing he uses to drive the ball into the gaps for doubles and triples, but he struggles to make consistent contact.” BA also says he “shows flashes of multi-tool potential and has developed into a plus defender in center field, with above-average speed and instincts.”

Middle infielder Bryson Brigman (No. 22), a 2016 third-round draft pick, played for the Everett AquaSox of the short-season Northwest League last year, his first as a pro. He batted .260 with 19 RBI and 17 SB in 68 games. Fun fact about Brigman, courtesy of Baseball America: He was the first player to play for three different USA Baseball championship teams.

The third ranked prospect on the LumberKings roster is RHP Brandon Miller (No. 25). He performed well in the Northwest League last season, going 4-2 with a 2.72 ERA, 51 strikeouts and seven walks in 56 innings/14 games/13 starts.

You can see the entire LumberKings roster here.

The LumberKings have a whole new coaching staff this year. You can read about them here.