Posted on January 11, 2017 by Craig Wieczorkiewicz 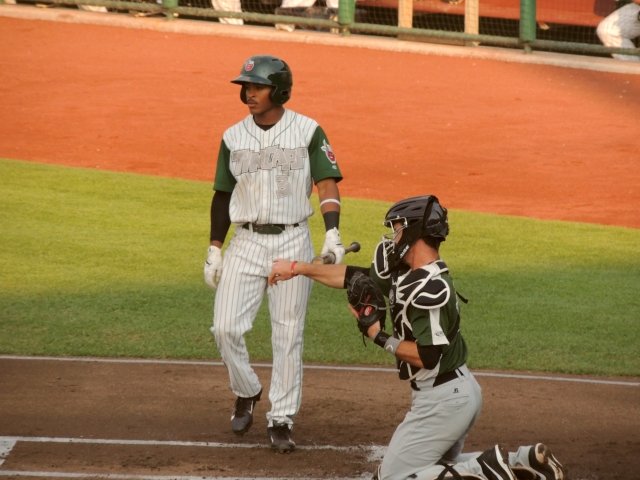 Former Fort Wayne TinCaps outfielder Mallex Smith was traded twice Wednesday, going from the Atlanta Braves to the Seattle Mariners to the Tampa Bay Rays in one afternoon, with only 77 minutes separating the two transactions.

Known primarily for his speed on the basepaths, Smith spent the entire 2013 season and the first half of the 2014 season playing for the TinCaps. The then-San Diego Padres prospect batted .274 with 4 HR, 44 RBI and 112 SB in 175 Midwest League games.

The Padres sent Smith to the Braves in December 2014, as part of the trade that brought Justin Upton to San Diego. (Upton, a former South Bend Silver Hawks outfielder, signed a six-year contract with the Detroit Tigers before the 2016 season. You can read about his season in the Midwest League, and see a photo of him batting for the Silver Hawks, here.) Smith made his major-league debut for the Braves last season; he batted .238 with 3 HR, 22 RBI and 16 SB in 72 MLB games.

On Wednesday, the Braves sent Smith and RHP Shae Simmons to the Mariners for left-handed pitching prospects Luiz Gohara and Thomas Burrows. Gohara started two games for the LumberKings in 2015, and made 10 more starts for Clinton in 2016. He cumulatively went 5-3 with a 1.83 ERA, 65 strikeouts and 26 walks in 64 innings pitched in the Midwest League. 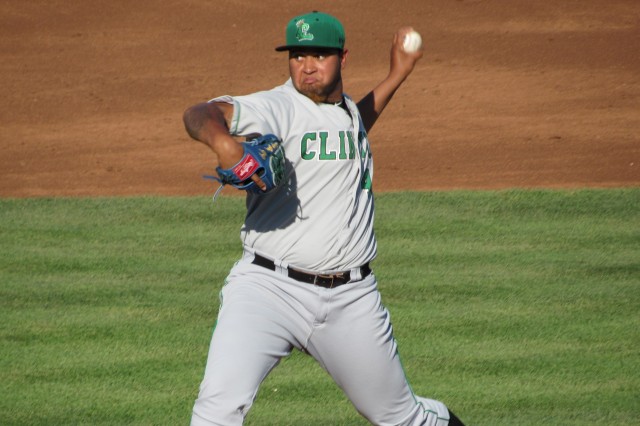 The Mariners later traded Smith and two minor-leaguers, infielder Carlos Vargas and LHP Ryan Yarbrough, to the Rays for LHP Drew Smyly. Yarbrough briefly pitched for the LumberKings in 2015, giving up eight earned runs and four walks while striking out only one batter in 5.1 innings (two starts). He pitched for the Double-A Jackson Generals in 2016, going 12-4 with a 3.16 ERA, 99 strikeouts and 31 walks in 128.1 innings (25 starts).

Plouffe agrees to deal with A’s

Former Beloit Snappers shortstop Trevor Plouffe reportedly has agreed to a one-year deal with the Oakland Athletics. He is expected to primarily play third base for the A’s.