Posted on December 6, 2016 by Craig Wieczorkiewicz

The Kane County Cougars held a ribbon-cutting ceremony Friday for the renaming of their ballpark.

Originally called Philip B. Elfstrom Stadium when it opened in 1991, and known as Fifth Third Bank Ballpark the past five seasons, the home of the Cougars is now Northwestern Medicine Field thanks to a new five-year naming rights deal. As you can see in the photo above and below, the ballpark now has signage reflecting the facility’s new name.

Obviously the ribbon-cutting ceremony was held before Sunday’s snowfall because there’s no snow to be seen in the signage photos! But on Tuesday the Cougars shared the following photo of Northwestern Medicine Field covered in snow, which qualifies as my second “snowbound stadium” photo of this offseason! (The first came courtesy of the Great Lakes Loons and can be seen here.) 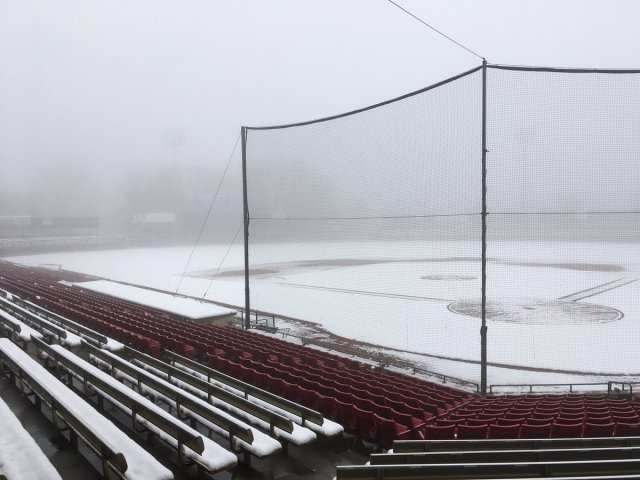 *All photos courtesy of the Kane County Cougars