Posted on November 22, 2016 by Craig Wieczorkiewicz

The Clinton LumberKings are renovating the infield of their baseball diamond this offseason and shared some photos showing the project’s progress Monday. The following pictures are all courtesy of the team. 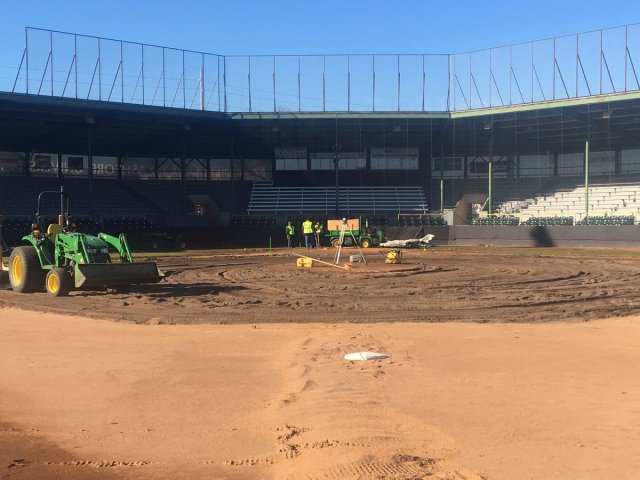 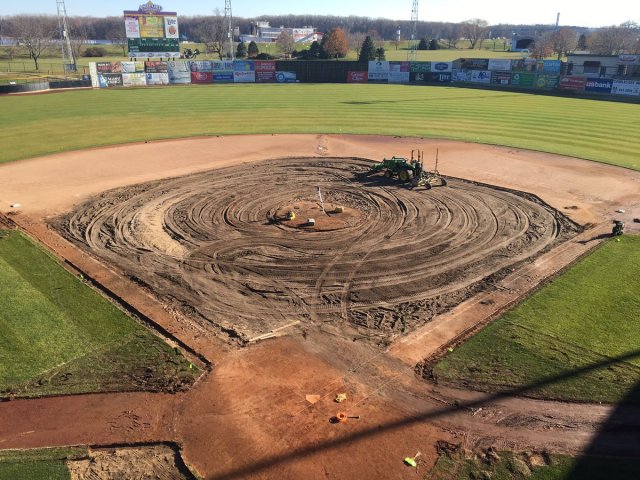 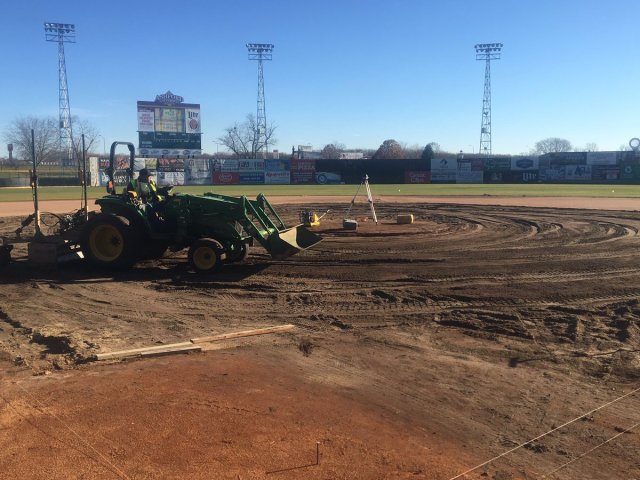 More former Midwest Leaguers are on the move, including one who changed teams just days earlier.

The Texas Rangers claimed lefty reliever David Rollins off waivers from the Chicago Cubs on Tuesday, just four days after the Cubs claimed the pitcher off waivers from the Seattle Mariners. Rollins pitched for the Lansing Lugnuts in 2012, going 6-1 with a 2.78 ERA, 75 strikeouts and 36 walks in 77.2 innings (18 starts).

The Rangers also hired Josh Bonifay as their major-league field coordinator. He was the Midwest League Manager of the Year in 2015, when he led the Quad Cities River Bandits to an 88-50 record in the regular season before being knocked out of the playoffs by the eventual Western Division champion Cedar Rapids Kernels. The River Bandits had the best winning percentage in Minor League Baseball (.638) that year.