Posted on September 16, 2016 by Craig Wieczorkiewicz 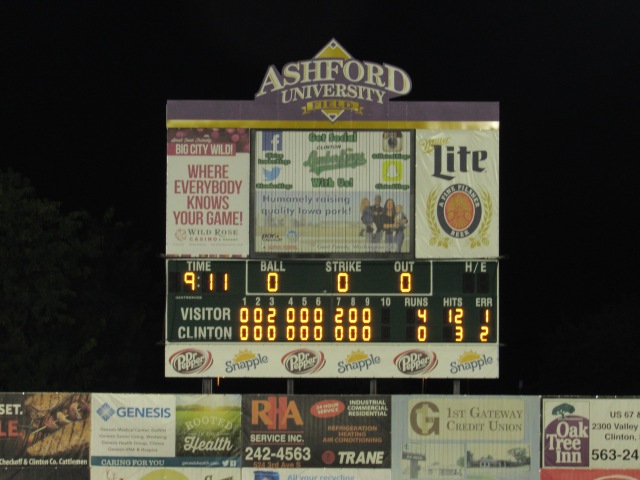 The Great Lakes Loons blanked the Clinton LumberKings 4-0 Thursday, tying the best-of-five series at a game apiece as the Midwest League finals move to Michigan for the remainder of the set.

One night after the LumberKings scored 16 runs, Clinton’s bats fell silent against a trio of Loons pitchers who limited their opponents to three hits. Starter Walker Buehler gave up two hits, struck out four and walked none in three innings before he was removed because he reached his pitch count. Buehler — the Los Angeles Dodgers’ top draft pick last year — underwent Tommy John surgery in August 2015. 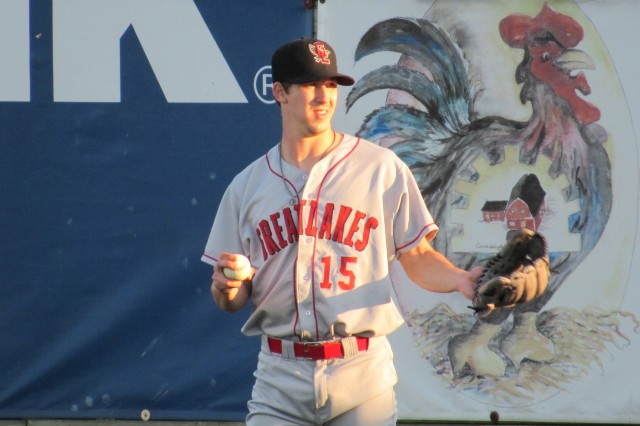 Buehler was replaced on the mound by Leo Crawford, who struck out eight while giving up only one hit and one walk in five innings. Dean Kremer finished the game by striking out two batters in a hitless inning.

Omar Estevez hit a two-run single in the 3rd inning, and hit a double in the 7th inning. Logan Landon followed Estevez’s double with a single, driving in the fourth run of the game. 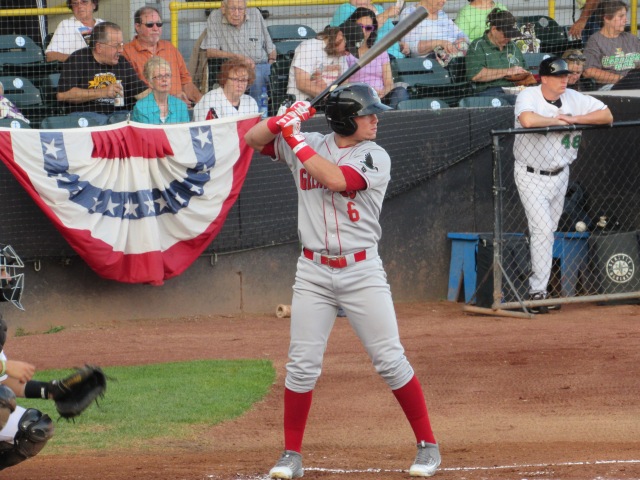 Omar Estevez bats for the Great Lakes Loons during Game 2 of the Midwest League Championship Series.