Posted on July 23, 2016 by Craig Wieczorkiewicz 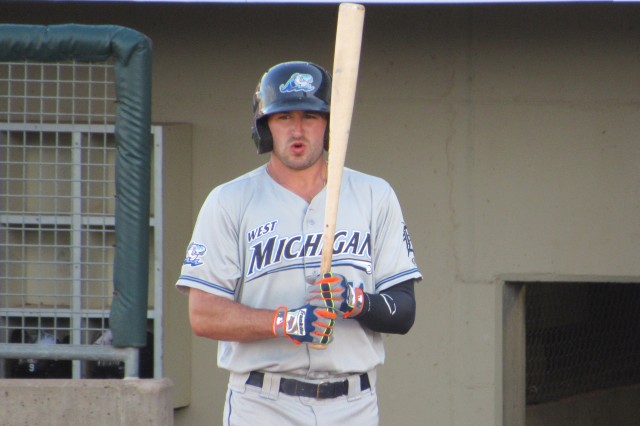 There was a tie in baseball Friday night/early Saturday morning, and former MLB Commissioner Bud Selig was nowhere to be seen.*

The Peoria Chiefs and the West Michigan Whitecaps played 15 innings over six hours and two minutes, with the game ending in a 9-9 tie. The Midwest League has a 1 a.m. curfew that doesn’t allow an inning to begin after 12:50 a.m., so the game was called after the 15th inning was completed at 1:11 a.m. The two teams don’t play each other again this season, so the game won’t be resumed and officially ended in a tie.

Tie games are rare, but happen occasionally. This was the first one for the Whitecaps, but the third one for the Chiefs. Peoria had games end in a tie in 2008 (versus the Burlington Bees) and in 2013 (versus the Lake County Captains), because of rain in both instances.

Friday’s game was the longest one ever for both the Chiefs and the Whitecaps. The two teams combined for 48 hits — a new Midwest League record, eclipsing the old mark of 45 set by the Kane County Cougars and the Cedar Rapids Kernels in a 1999 game — 14 walks and six errors (five by the Chiefs).

Two players — Peoria’s Jose Martinez and West Michigan’s Will Maddox — each had five hits in the game. West Michigan’s Derek Hill and Peoria’s Magneuris Sierra, Chris Chinea and Dylan Tice each had four hits. Tice entered the game in the bottom of the 5th inning, replacing Eliezer Alvarez, who had two hits, giving the Chiefs six hits from the No. 3 slot in their lineup.

Two position players pitched in the game. West Michigan’s Jose Zambrano moved from third base to the mound to pitch the top of the 15th inning. He gave up three hits but didn’t allow any runs. Peoria catcher Jose Godoy pitched a perfect bottom half of the 15th.

Chiefs rightfielder Carlos Torres was the only starting player who didn’t get a hit (0-for-7), though he reached base on a walk.

You can see the game’s box score here.

*Selig, of course, decided the 2002 MLB All-Star Game would end in a 7-7 tie after 11 innings, and the ensuing public outcry prompted him to make the outcome of future MLB All-Star Games determine home-field advantage for the World Series.