Posted on July 1, 2016 by Craig Wieczorkiewicz

The San Diego Padres acquired RHP Chris Paddack from the Miami Marlins on Thursday, and promptly assigned him to the Fort Wayne TinCaps.

The assignment came as no surprise, as Paddack had pitched in the South Atlantic League (equivalent to the Midwest League) so far this season. He was dominant in his six starts for the Greensboro Grasshoppers, going 2-0 with a 0.95 ERA, 48 strikeouts and two walks in 28.1 innings. He has an active hitless streak of 15.1 innings.

In its preseason prospect handbook, Baseball America ranked Paddack No. 17 among Marlins prospects. Here is part of what BA said about the 2015 eighth-round draft pick:

While still a work in progress, he looked dominant in 45 innings in the Rookie-level Gulf Coast League after signing. Paddack showed command of three pitches, including a double-plus changeup, in recording a 39-to-7 strikeout-to-walk ratio. His fastball sat 93-94 mph — up from 89-92 in high school — and his slider shows promise, though it’s new to his arsenal.

Paddack will join Fort Wayne’s five-man starting rotation, bumping RHP J.C. Cosme to the bullpen, The Journal Gazette reported. Cosme is 7-4 with a 2.80 ERA, 51 strikeouts and 14 walks in 64.1 innings (15 games/11 starts) for the TinCaps this season.

The Padres acquired Paddack by trading closer Fernando Rodney to the Marlins. Rodney pitched for the West Michigan Whitecaps in 2000, when he was a Detroit Tigers prospect. He went 6-4 with a 2.94 ERA, 56 strikeouts and 35 walks in 82.2 innings (22 games/10 starts). 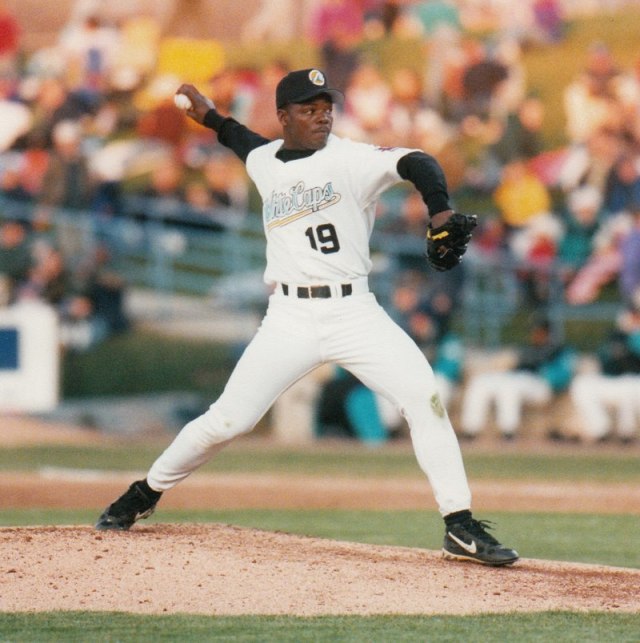