First-half playoff berths determined on final day of half

Posted on June 19, 2016 by Craig Wieczorkiewicz 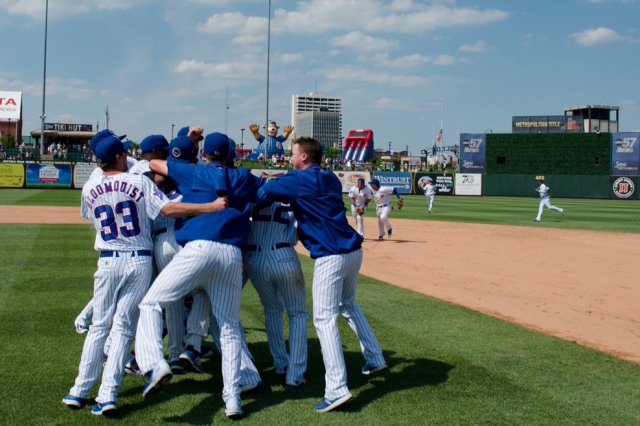 The fourth and final playoff team from the first half was determined Sunday, as were the playoff berths that each team claimed.

Although three playoff teams were determined Saturday, the final day of the first half held the drama of determining which berths they won. Additionally, the Lake County Captains-South Bend Cubs game would determine who got the fourth playoff spot.

So let’s start in South Bend, where the Cubs beat the Captains 3-1. That eliminated the Captains and clinched a playoff berth for the Cubs. The West Michigan Whitecaps already clinched a playoff berth, but because they lost to the Lansing Lugnuts (5-4 in 11 innings), they had to settle for the first-half Eastern Division wild-card slot, while the Cubs took the division title.

The Clinton LumberKings and the Peoria Chiefs clinched Western Division playoff berths Saturday and started Sunday tied for first place. The Chiefs beat the Burlington Bees 2-1 and the LumberKings lost 6-1 to the Kane County Cougars on Sunday, giving Peoria the division title and Clinton a wild-card berth.

Strong finish to weak half for Dragons

Two Midwest League teams finished the first half with less than 30 wins: the Dayton Dragons (21-49) and the Great Lakes Loons (29-41). Those two teams played a four-game series to end the first half, with the Dragons winning three of the contests.

The worst first-half record in the 140-game schedule era belongs to the 1995 Clinton LumberKings, who went 17-51 for a .250 winning percentage. Four players on that team reached the major leagues, but the only notable one was Gary Matthews Jr. “Little Sarge” batted .238 with 2 HR, 40 RBI and 28 SB in 128 games.

Captains catcher Francisco Mejia went 1-for-4 Sunday to extend his hitting streak to 21 games. He is batting .336 with 6 HR and 49 RBI in 57 games this season, and will be the starting catcher for the Eastern Division in Tuesday’s All-Star Game.

Mejia’s teammate, second baseman Tyler Krieger, had a 23-game hitting streak this season. That is the longest hitting streak in the Midwest League this year. 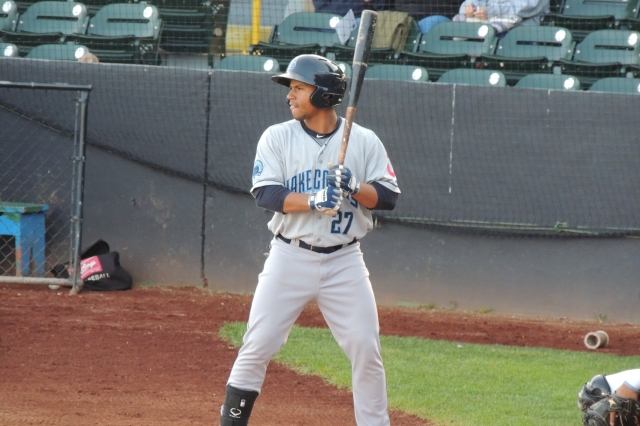