Posted on June 15, 2016 by Craig Wieczorkiewicz 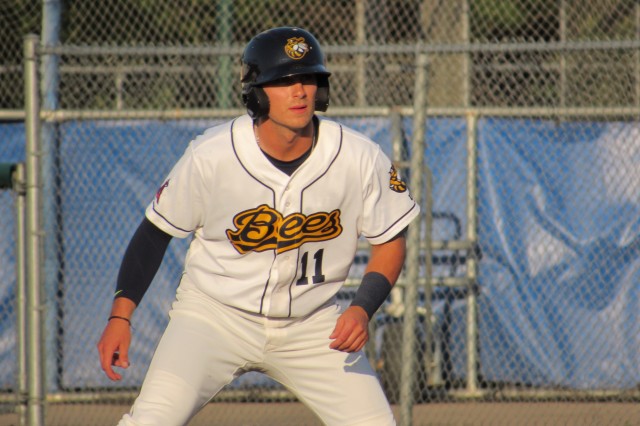 Due to injuries and promotions, several revisions have been made to the rosters for the Midwest League All-Star Game.

Five additions were made to the Western Division team:

Burlington Bees outfielder Jared Foster replaces Beloit Snappers outfielder Skye Bolt, who is on the disabled list. Foster is batting .256 with 4 HR and 23 RBI in 46 games this season.

Beloit Snappers LHP Evan Manarino replaces fellow Snappers pitcher Angel Duno, who is on the disabled list. Manarino is 5-2 with a 1.87 ERA, 58 strikeouts and 11 walks in 67.1 innings (13 games/9 starts) this season.

Burlington Bees RHP Jose Rodriguez replaces fellow Bees pitcher Grayson Long, who is on the disabled list. Rodriguez is 3-3 with a 3.24 ERA, 46 strikeouts and 21 walks in 58.1 innings (12 starts) this season.

Peoria Chiefs RHP Jake Woodford replaces Kane County Cougars RHP Cameron Gann, who was promoted to High-A. Woodford is 4-3 with a 2.92 ERA, 46 strikeouts and 22 walks in 64.2 innings (11 starts) this season.

Quad Cities River Bandits RHP Kevin McCanna replaces Wisconsin Timber Rattlers RHP David Burkhalter, who is on the disabled list. McCanna is 2-3 with a 3.14 ERA, one save, 39 strikeouts and 16 walks in 51.2 innings (11 games/8 starts) this season.

You can read about the rest of the Midwest League All-Star teams at the following links:

A look at the 2016 Midwest League All-Star pitchers

The Midwest League All-Star Game will be played Tuesday at Veterans Memorial Stadium, home of the Cedar Rapids Kernels. The game will be preceded by a home run derby; you can read about that event’s participants here.