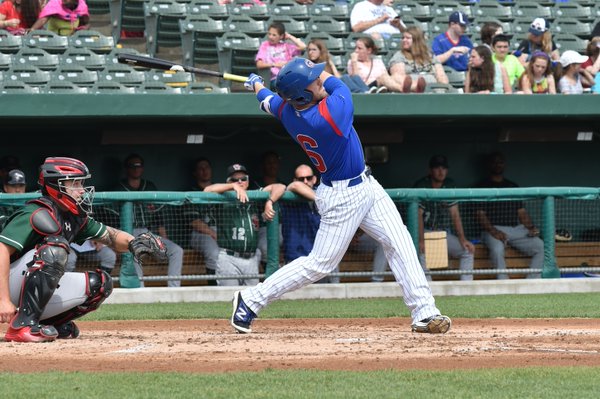 South Bend Cubs catcher Ian Rice and Beloit Snappers RHP Kyle Friedrichs respectively were named the Midwest League offensive player and pitcher of the week for the period of May 23-29.

Rice batted .450 (9-for-20) with 3 HR and 10 RBI in six games. One of those games was a 17-3 rout in which Rice homered twice and drove in five runs. This is the second week in a row in which a South Bend Cubs player was named the Midwest League’s top offensive player — outfielder Eloy Jimenez, who currently has a 17-game hitting streak, earned the honor for May 16-22.

Friedrichs made one start for the Snappers last week, limiting the Quad Cities River Bandits to four hits in eight scoreless innings. He struck out four and walked none.

Friedrichs went 3-2 with a 1.25 ERA, 31 strikeouts and six walks in 50.1 innings (eight starts/10 appearances) for the Snappers this season before the Oakland Athletics promoted him to the High-A Stockton Ports on Saturday.