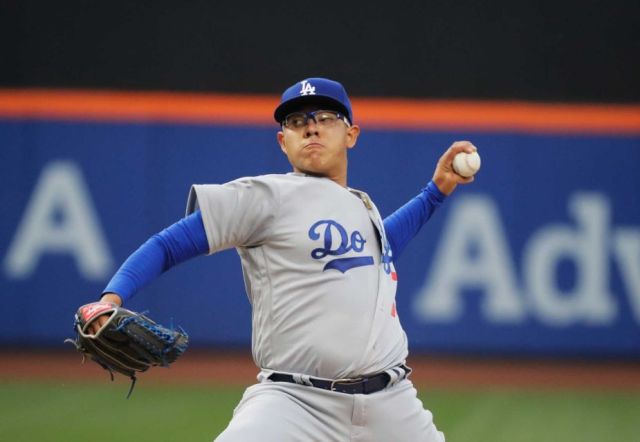 Los Angeles Dodgers pitching phenom Julio Urias made his major-league debut Friday, getting a spot start against the New York Mets before being sent back to Triple-A on Saturday.

Urias struggled against the Mets, failing to get through three innings. The former Great Lakes Loons lefthander gave up three earned runs on five hits, four walks and a wild pitch in 2.2 innings. He struck out three batters.

The 19-year-old is the first teenaged pitcher to start a major-league game since Felix Hernandez did so for the Seattle Mariners in 2005. Hernandez — who made two starts for the Wisconsin Timber Rattlers as a 17-year-old in 2003 — also struggled in his MLB debut, allowing the first four batters he faced to reach base. He eventually settled down before his five-inning start was over, but he took the loss after giving up two runs (one unearned) to the Detroit Tigers.

(Side note: Hernandez’s first pitching coach with the Mariners was Bryan Price, who currently is the manager of the Cincinnati Reds.)

Urias was in line for the loss in his MLB debut, but was bailed out by the Dodgers offense in the 9th inning. The Mets still went on to win on a walk-off homer by Curtis Granderson, whom Urias struck out to start the game.

Urias made his professional debut in the Midwest League at age 16, giving up only two hits, one walk and no runs while striking out six against the Dayton Dragons. He made 18 starts for the Loons in 2013, going 2-0 with a 2.48 ERA, 67 strikeouts and 16 walks in 54.1 innings. 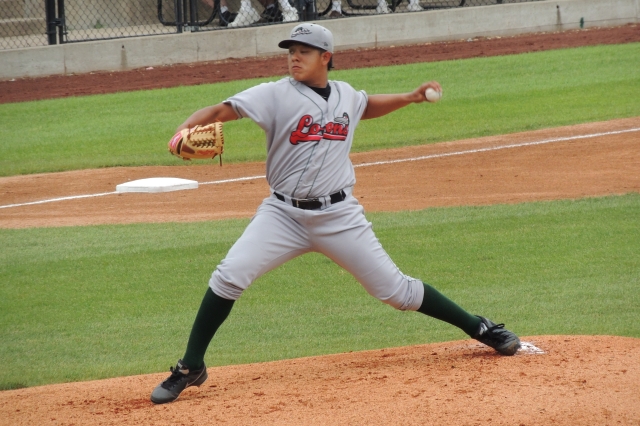 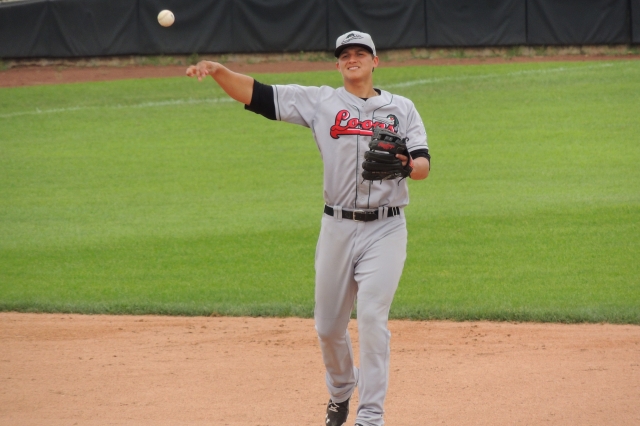 While Urias was making his MLB debut for the Dodgers, his old Midwest League team was busy pounding the ball. The Loons sent 13 batters to the plate as they scored 10 runs in the 1st inning of their game against the Bowling Green Hot Rods. They went on to win 12-1.

Edwin Rios led the Loons offense with a 4-for-5 performance that included a solo homer, four runs scored, and three runs batted in.

The Loons’ 10-run inning fell a tally short of matching the Great Lakes franchise record for most runs scored in an inning. The Loons scored 11 times in one frame against the West Michigan Whitecaps on Aug. 28, 2008.