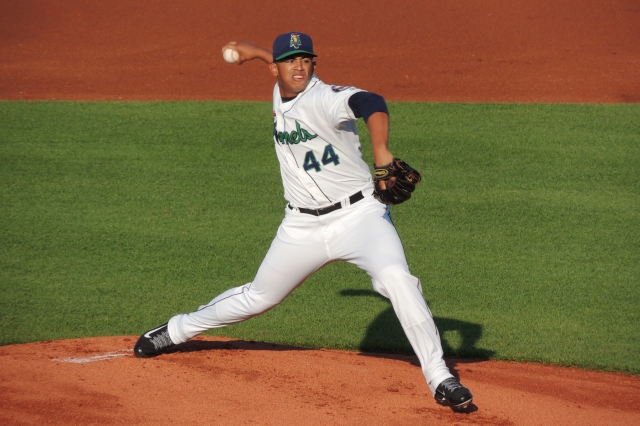 Cedar Rapids Kernels RHP Fernando Romero and South Bend Cubs outfielder Eloy Jimenez respectively were named the Midwest League pitcher and offensive player of the week for the period of May 16-22.

Romero’s lone appearance during that period was the Minnesota Twins prospect’s first start in nearly two years, as he completed his comeback from Tommy John surgery. He pitched five hitless innings against the Quad Cities River Bandits on Friday, striking out four without walking any batters.

His next start is scheduled for Thursday versus the Burlington Bees at Community Field.

Mejia on Prospect Team of Week

Lake County Captains catcher Francisco Mejia was named to MLBPipeline.com‘s Prospect Team of the Week for the period of May 16-22. Here is what MLB.com’s Mike Rosenbaum wrote about the Cleveland Indians prospect:

Mejia collected multiple hits in three of his five games for Class-A Lake County to finish the week tied for first among all catchers with eight hits and 12 total bases. The switch-hitting backstop has put up strong numbers this season in his return to the Midwest League, where he has a .311/.356/.444 slash line with 14 extra-base hits and 28 RBI.