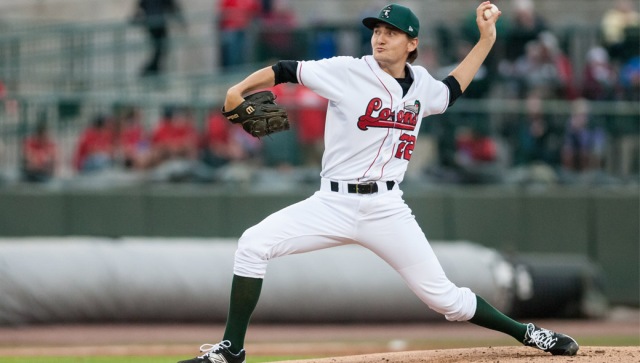 Cedar Rapids Kernels catcher A.J. Murray and Great Lakes Loons LHP Michael Boyle respectively were named the Midwest League offensive player and pitcher of the week for the period of May 9-15.

In six games during that period, Murray batted .520 (13-for-25) with two homers, a triple, four doubles, three walks, nine runs batted in, and seven runs scored. His week included a 5-for-5 game in which he homered twice and drove in five runs.

The Minnesota Twins prospect is batting .298 with 5 HR and 23 RBI in 31 games with the Kernels this season.

In his lone start last week, Boyle pitched a seven-inning shutout in the second game of a Wednesday doubleheader against the Fort Wayne TinCaps. He allowed only two hits, walked none, and struck out six batters.