Posted on May 9, 2016 by Craig Wieczorkiewicz

Peoria Chiefs right-handed hurler Brennan Leitao and Wisconsin Timber Rattlers third baseman Jake Gatewood respectively were named the Midwest League pitcher and offensive player of the week for the period of May 2-8.

In his lone start during that period (on Friday), Leitao struck out 10 batters while allowing only five hits and one walk in eight shutout innings against the Dayton Dragons. In five starts this season, the St. Louis Cardinals prospect is 2-2 with a 2.16 ERA, 29 strikeouts and five walks in 33.1 innings.

In six games last week, Gatewood batted .435 (10-for-23) with three home runs, two doubles, and 11 runs batted in. He hit a grand slam and an inside-the-park home run in a game against the West Michigan Whitecaps on Saturday. Overall this season, Gatewood is batting .269 with 3 HR and 15 RBI in 28 games.

Outfielder Trent Clark — the Milwaukee Brewers’ top draft pick last year — was assigned to the Timber Rattlers and will be in uniform for Wisconsin’s game against the Clinton LumberKings tonight.

Clark started this season at extended spring training, so his Midwest League debut will also be his first official game action of 2016. Last year he batted .309 with 2 HR, 21 RBI and 25 SB in 55 rookie-level games. 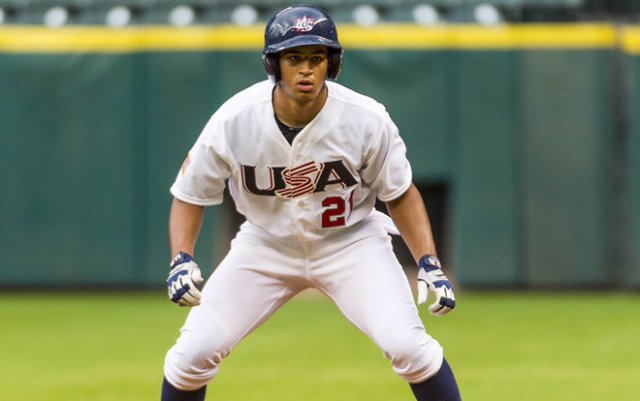