Posted on May 6, 2016 by Craig Wieczorkiewicz 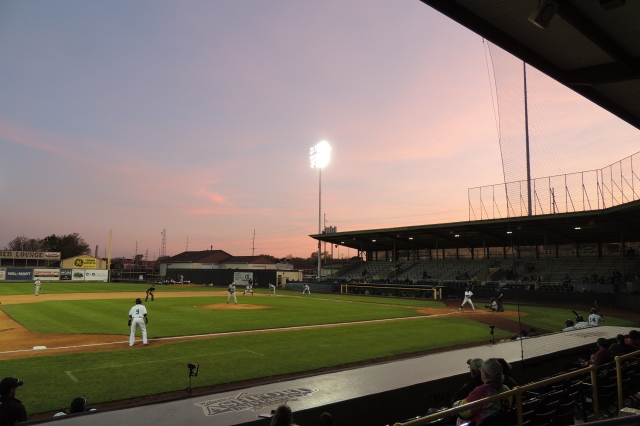 Purple and pink hues filled the sky at sunset during Thursday’s game at Ashford University Field.

After abstaining from travel to stay home with my newborn daughter during the first month of the season, I’m now on a three-game trip to Clinton, Burlington and Peoria. My first game of the year seemed appropriate because it featured a matchup of first-place Midwest League teams, the Clinton LumberKings and the Lake County Captains.

A day after being one-hit by the Kane County Cougars (who have the league’s best pitching staff), the Captains bounced back with a 4-2 win over the LumberKings at Ashford University Field on Thursday. Lake County hitters got to Clinton starting pitcher Zack Littell (L, 1-3) early, plating a run in the 2nd and scoring three more in the 3rd. 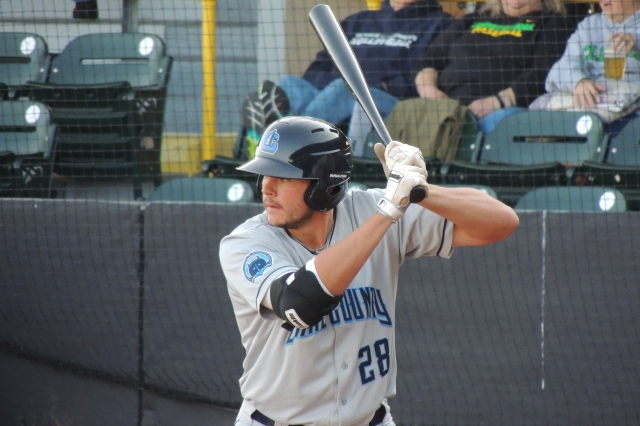 First baseman Anthony Miller drove in the first run of the game for the Captains.

Littell rebounded after the 3rd inning, keeping the Captains hitless for the next three innings. The right-hander finished with this pitching line: 6 IP, 8 H, 4 ER, 2 BB, 7 K, 1 HBP. 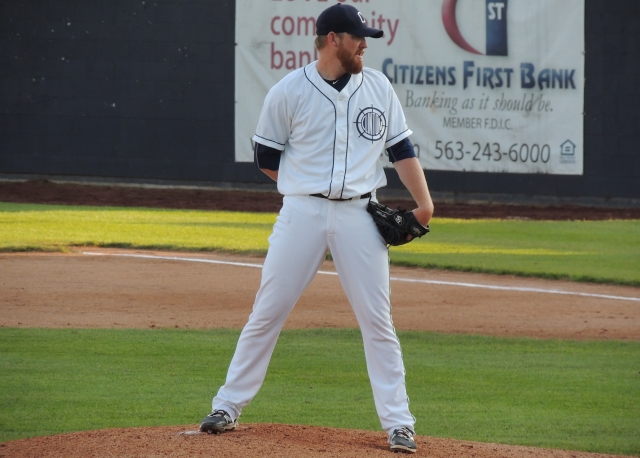 The script was flipped for Littell’s counterpart, right-hander Casey Shane (W, 3-1), who kept the LumberKings hitless for the first three innings before giving up runs in the 4th and 6th innings. Shane’s pitching line: 5.1 IP, 3 H, 2 ER, 3 BB, 1 K, 1 HBP. 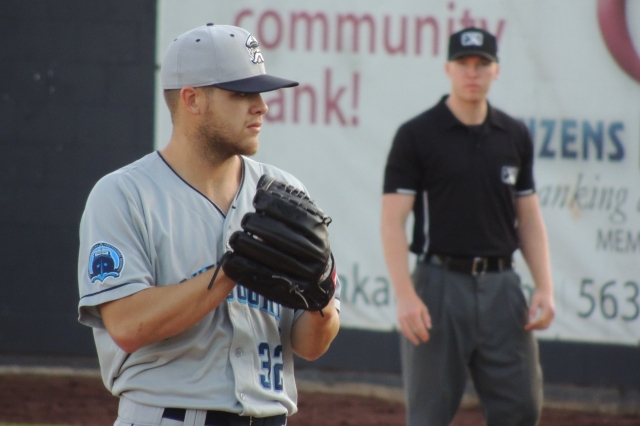 The LumberKings threatened to tie the game in the 9th when centerfielder Ricky Eusebio walked and second baseman Chris Mariscal singled to lead off the inning. At this point they had runners on first and second with no outs. Captains closer Yoiber Marquina proceeded to strike out designated hitter Gus Craig before the LumberKings attempted a double steal that resulted in the lead runner being thrown out. Pinch-hitter James Alfonso struck out on the next pitch to end the game. 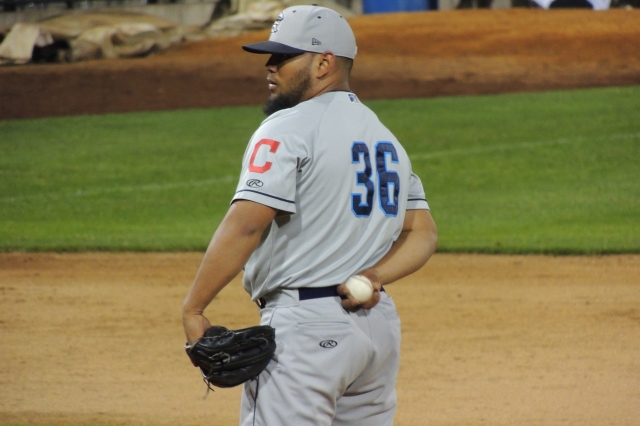 Captains closer Yoiber Marquina pitched out of a 9th-inning jam to earn his third save of the season.

Clinton’s loss, coupled with Kane County’s 6-2 win over the Fort Wayne TinCaps, dropped the LumberKings into a two-way tie with the Cougars for first place in the Western Division. The Captains remain in sole possession of first place in the Eastern Division, 2.5 games ahead of the Lansing Lugnuts, who won their game Thursday despite being one-hit by the Quad Cities River Bandits.

I’ll be at Community Field on Friday night as the Burlington Bees host the Bowling Green Hot Rods. The Bees will send right-hander Grayson Long (1-2, 1.80 ERA) to the mound, and left-hander Michael Velasquez (0-3, 6.00 ERA) will toe the rubber for the Hot Rods. Long is considered a top Los Angeles Angels prospect, which I previously wrote about here.