Posted on April 29, 2016 by Craig Wieczorkiewicz

Kane County’s starting pitcher was left-hander Junior Garcia on Thursday. He earned the win, improving to 2-1 this season, after allowing only one hit while striking out three and walking none in six scoreless innings. Relievers Gabriel Moya and Cameron Gann pitched the last three innings and didn’t allow a hit or a walk.

The Quad Cities River Bandits swept their doubleheader against the South Bend Cubs on Thursday, with third baseman Connor Goedert driving in six runs in the first game.

Goedert hit a two-run homer and a three-run double, and drove in another run on a sacrifice fly. The River Bandits won the game 11-2. 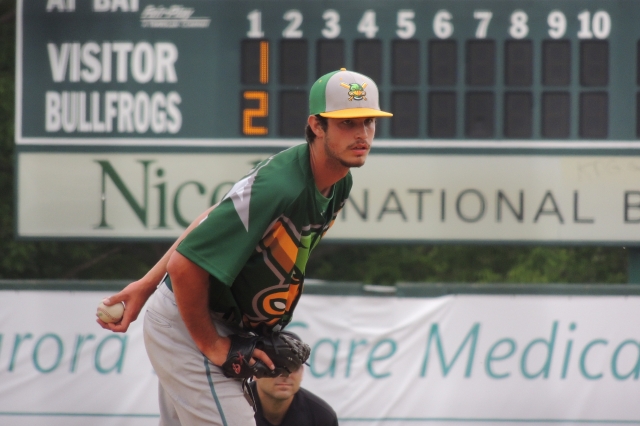 Captains shortstop Willi Castro went 4-for-5 with a double, a home run, and four RBI in Lake County’s 10-1 win over the Burlington Bees on Thursday.

Bees centerfielder Zach Welz and Captains designated hitter Yonathan Mendoza each had three hits, a stolen base, and a run batted in.