Posted on April 28, 2016 by Craig Wieczorkiewicz 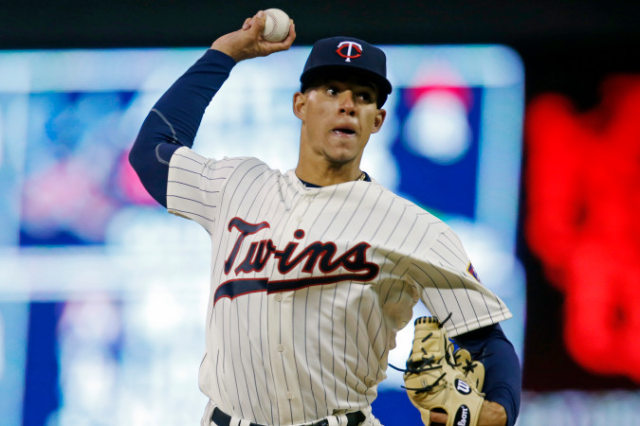 Former Cedar Rapids Kernels pitcher Jose Berrios made his major-league debut for the Minnesota Twins on Wednesday, taking the loss in the Cleveland Indians’ 6-5 win at Target Field.

The right-hander struck out five batters in four-plus innings, but also gave up five earned runs on six hits and two walks before being removed from the game three batters into the 5th. He also hit a batter. 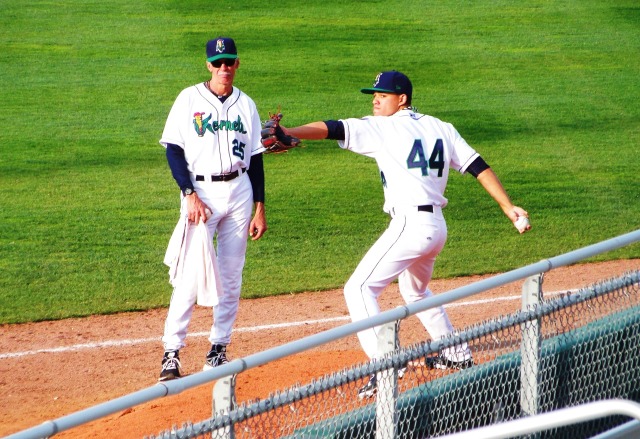 Jose Berrios throws in the bullpen before one of his starts for the 2013 Cedar Rapids Kernels. (Photo by Craig Wieczorkiewicz/The Midwest League Traveler)

The then-Kernels pitching coach seen in the above photo is Gary Lucas, who now serves in that same capacity for the Wisconsin Timber Rattlers.

Former Lansing Lugnuts hurler Justin Nicolino made his first major-league start of 2016 on Wednesday, limiting the Los Angeles Dodgers to two hits and two walks while striking out two in 7.1 innings.