Posted on April 19, 2016 by Craig Wieczorkiewicz 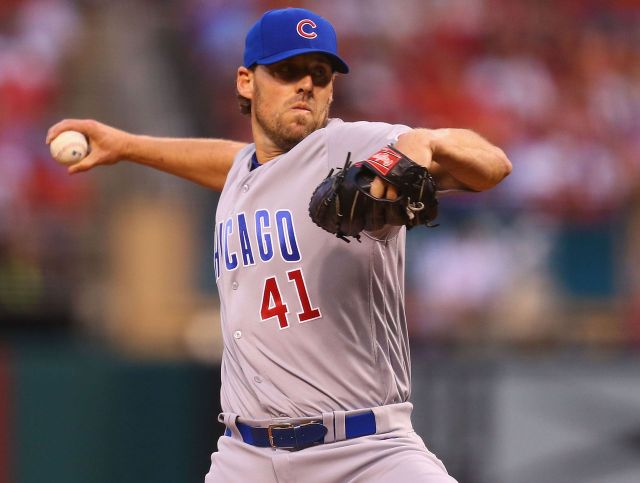 Former Midwest League hurler John Lackey reached a pair of major-league pitching milestones Monday as the Chicago Cubs righty turned in a dominant performance over one of his former teams, the St. Louis Cardinals.

Lackey gave up four hits and struck out 11 batters in seven innings, and also drove in a run in Chicago’s 5-0 win. He improved to 3-0 with a 3.66 ERA in three starts this season.

Lackey now has logged 2,501 MLB innings, tying him with former hurler Steve Trachsel for 245th on the all-time innings pitched list. Cy Young is the all-time leader with 7,356 innings.

This entry was posted in Cedar Rapids Kernels, Midwest League. Bookmark the permalink.