Posted on January 27, 2016 by Craig Wieczorkiewicz 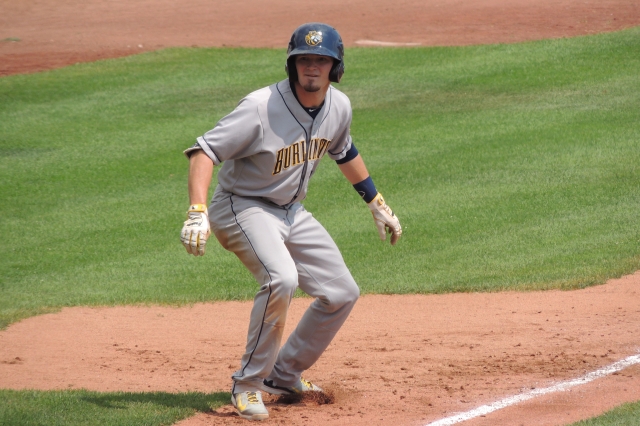 New Detroit Tigers farmhand Kody Eaves was a Midwest League All-Star when he played for the Burlington Bees in 2014. (Photo by Craig Wieczorkiewicz/The Midwest League Traveler)

Marte did not play in the Midwest League. To make room for him on their 40-man roster, the Angels designated former Dayton Dragons infielder Ronald Torreyes for assignment. The Angels selected Torreyes off waivers from the New York Yankees two days earlier.

Torreyes batted .347 with 3 HR, 43 RBI and 12 SB in 73 games with the 2010-11 Dragons. Since playing with the Midwest League affiliate of the Cincinnati Reds, he has belonged to six different MLB teams — the Chicago Cubs, the Houston Astros, the Toronto Blue Jays, the Los Angeles Dodgers, the Yankees, and the Angels. He played in eight major-league games for the Dodgers last year.

On Tuesday the Angels traded 1B/OF Efren Navarro to the Baltimore Orioles for cash considerations.