Appel, Velasquez among those traded for Giles

Posted on December 12, 2015 by Craig Wieczorkiewicz 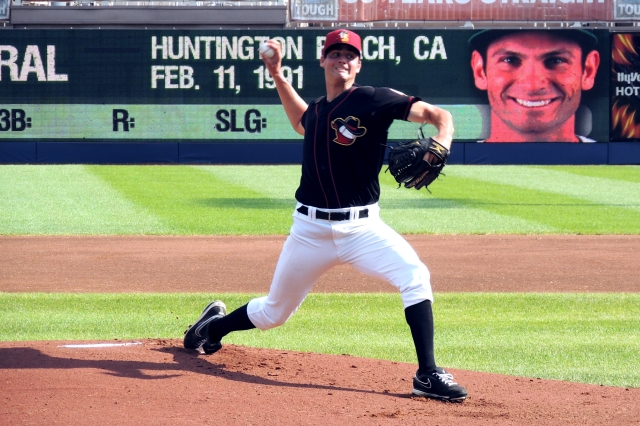 Three former Quad Cities River Bandits pitchers, including 2013 No. 1 overall draft pick Mark Appel, were among five players traded by the Houston Astros for reliever Ken Giles, who was Philadelphia’s closer after the Phillies traded Jonathan Papelbon in late July.

The Astros acquired Giles and minor-league infielder Jonathan Arauz in exchange for five pitchers: Appel, Vincent Velasquez, Thomas Eshelman, Harold Arauz and Brett Oberholtzer. Appel and Velasquez pitched for the River Bandits in 2013; Eshelman made two starts for the team this year.

Eshelman was picked by the Astros in the second round of this year’s draft, and made only four starts during the 2015 season. Two were for the River Bandits — he gave up three earned runs, nine hits and three walks in 6.1 innings. He struck out five batters.