Posted on September 5, 2015 by Craig Wieczorkiewicz 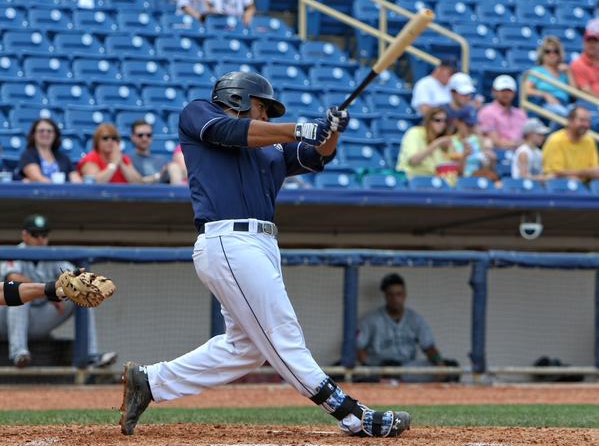 Bobby Bradley connects for a triple during a Lake County Captains game earlier this season. (Photo by Tim Phillis/TCP Photography)

The Cleveland Indians promoted first baseman Bobby Bradley from the Lake County Captains to the High-A Lynchburg Hillcats one day after the 19-year-old slugger was named the Midwest League player of the month for August.

Bradley batted .269 with 27 HR and 92 RBI in 108 games with the Captains this season. He leads the league in home runs and runs batted in.

Bradley was selected by the Indians in the third round of the 2014 draft. Last year he was assigned to the rookie-level Arizona League, where he won the Triple Crown by batting .361 with 8 HR and 50 RBI in 39 games. He was named the Arizona League MVP.