Cougars off to hot start in second half

Posted on July 20, 2015 by Craig Wieczorkiewicz 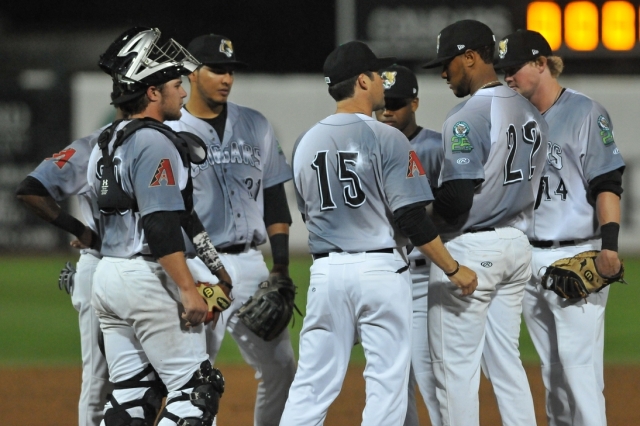 Cougars manager Mark Grudzielanek (No. 15) conducts a meeting on the mound. (Photo by Mary Beth Nolan)

Kane County’s 1-0 win over the Wisconsin Timber Rattlers on Sunday gave the Cougars an impressive 21-3 record in the second half of the Midwest League season. The team leads the Western Division by six games and is second only to the Quad Cities River Bandits in overall wins in the MWL this season.

With an ever-changing roster as is typical in Minor League Baseball, a total of 48 players have spent at least one game on the Cougars’ 25-man active squad this season. Six players — C0lin Bray, Ethan Elias, Cody Geyer, Marty Herum, Cody Regis and Markus Solbach — were named Midwest League All-Stars in June. With nine wins apiece, Elias and Solbach have been cornerstones in the starting rotation for pitching coach Doug Bochtler. If each pitcher can pick up one more win, they will become the first pair of Cougars pitchers to win 10 or more games in the same season since 2007. Elias, Solbach and fellow starter Brad Keller all rank among the top six league pitchers in ERA.

In the bullpen, closer Zac Curtis recently put his name in the Cougars’ record book. Curtis, now with 21 saves this season, is tied with Hector Almonte (’98 Cougar) for fourth place on the single-season all-time list. Bryan Moore (’00 Cougar) holds the franchise record with 27 saves. Overall this season, Cougars pitchers hold a team ERA of 2.89 (third-best in the league), narrowly trailing the franchise record set by the 2014 team (2.85 team ERA).

Offensively under the leadership of hitting coach Vince Harrison, infielder Cody Regis is fourth in the league with a .321 batting average while infielder Marty Herum is in the top 10 with a .310 mark. Herum’s 55 RBI are second-best in the league. Other mainstays in the lineup with a .300 or better average include Ildemaro Vargas, Chuck Taylor, Victor Reyes and Henry Castillo. Starting centerfielder Colin Bray was named Midwest League Offensive Player of the Week for the week of July 6-12 and leads the team with 15 stolen bases. 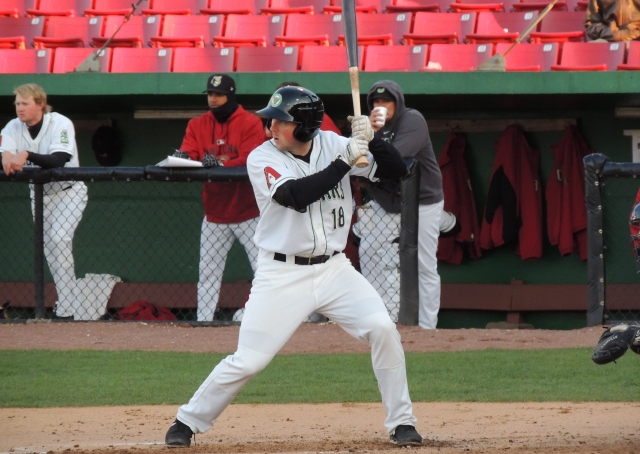 Cody Regis is batting .321 for the Cougars this season. (Photo by Craig Wieczorkiewicz/The Midwest League Traveler) 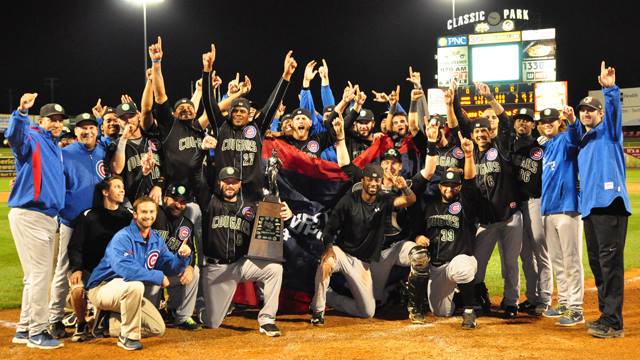 The 2014 Cougars pose with the Midwest League championship trophy. (Photo by Lianna Holub/MiLB.com)