Posted on July 9, 2015 by Craig Wieczorkiewicz

Former Kane County Cougars third baseman Cheslor Cuthbert made his major-league debut Tuesday and has gotten at least one hit in each of his first four MLB games.

The Kansas City Royals promoted Cuthbert to the big leagues after placing their regular third baseman, Mike Moustakas, on the family emergency/bereavement list. He is the 14th Nicaraguan-born player to appear in a MLB game.

All four of his MLB games have been against the Tampa Bay Rays. He collected singles in both games of a doubleheader Tuesday, singled and walked on Wednesday, and had an RBI triple and an RBI single in today’s afternoon game. The Royals won all four games. 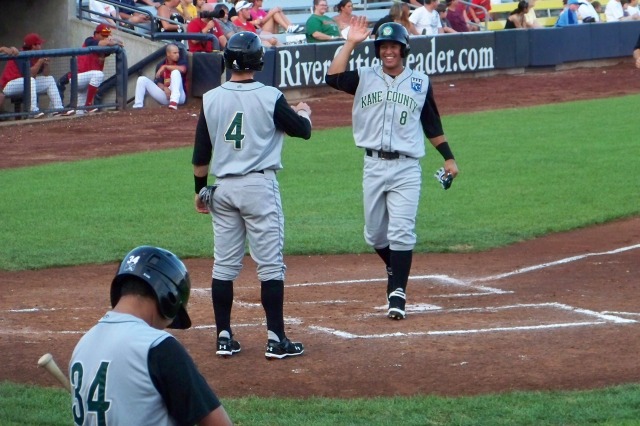 Cheslor Cuthbert (No. 8) smiles as he scores and prepares to high-five teammate Brian Fletcher (No. 4) during a Kane County Cougars game in 2011. (Photo by Craig Wieczorkiewicz/The Midwest League Traveler)

Wilson was the Midwest League MVP and Prospect of the Year in 1975, when he batted .272 with 8 HR, 73 RBI and 76 SB in 127 games with the Waterloo Royals. Waterloo won the Midwest League championship title that year, and skipper John Sullivan was named the MWL manager of the year. 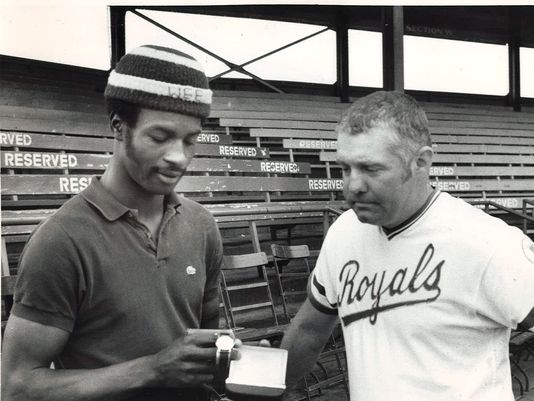 In this Des Moines Register photo, Waterloo Royals OF Willie Wilson (left) and manager John Sullivan look at a watch Wilson won for being named Kansas City’s top farmhand for May 1975.

You can watch the Harris catch, as well as five other Play of the Week finalists, here. 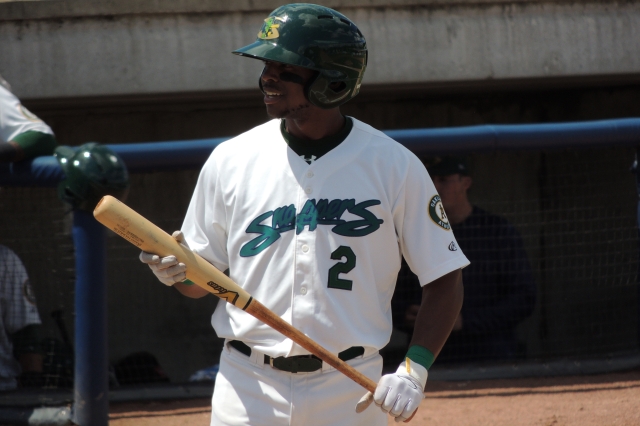