Posted on June 20, 2015 by Craig Wieczorkiewicz 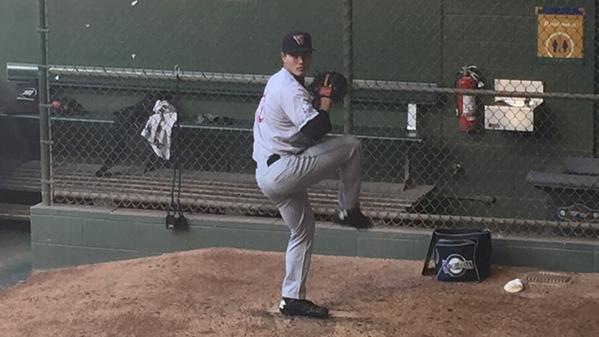 LHP Kodi Medeiros took a no-hitter into the 6th inning as he led the Wisconsin Timber Rattlers to a 5-1 win over the Beloit Snappers in the “Battle for Wisconsin” at Miller Park on Friday.

An announced crowd of 4,507 was on hand for the official Midwest League game that is played annually at the home of the Milwaukee Brewers. It was considered a home game for the Snappers, who had a three-game winning streak at Miller Park heading into this year’s contest.

Medeiros lost his no-hitter in the 6th inning when Beloit’s Joe Bennie hit a two-out double that scored Jose Chavez, who drew a base on balls three batters earlier. That was it for Medeiros, who finished with seven strikeouts in 5.2 innings. He walked three batters.