Posted on June 6, 2015 by Craig Wieczorkiewicz 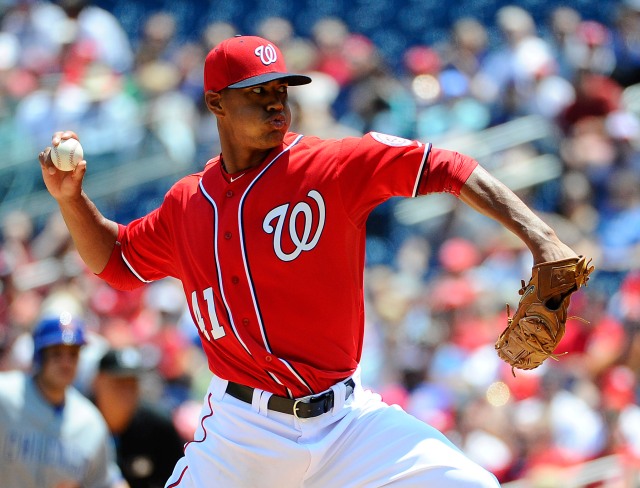 Ross took the loss for the Washington Nationals after giving up three runs on six hits in five innings. He struck out four and didn’t walk a batter. Overall, he threw 91 pitches (58 strikes) before being lifted for a pinch-hitter in the bottom of the 5th inning.

The Chicago Cubs won the game, 4-2. Ross pitched three perfect frames to start the game, but the Cubs had him figured out by the third time their lineup faced him.

Ross previously hadn’t started above Double-A. It is unclear whether he will remain with the big-league club or get sent back down, as he was called up to be a spot starter after the Nationals played a doubleheader earlier in the week.

He was traded to the Nationals in December.

He is the younger brother of Padres RHP Tyson Ross, who pitched for the Kane County Cougars in 2008. Tyson Ross made six appearances (four starts) for the Cougars, posting a 4.66 ERA with 16 strikeouts and five walks in 19.1 innings.