Posted on April 12, 2015 by Craig Wieczorkiewicz 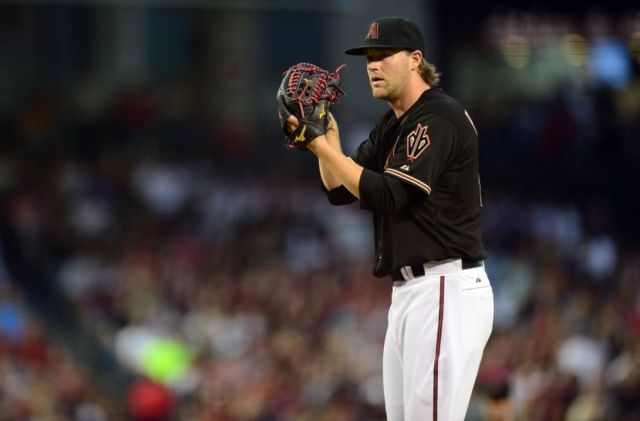 Arizona Diamondbacks RHP Archie Bradley lived up to his billing as one of baseball’s top pitching prospects when he turned in a memorable performance for his major-league debut Saturday.

The former South Bend Silver Hawks hurler allowed only one hit, struck out six and walked four in six shutout innings against the Los Angeles Dodgers. He also singled off — and promptly got picked off by — Dodgers LHP Clayton Kershaw, who had an uncharacteristically bad outing, giving up six runs (five earned) on 10 hits and three walks in 6 1/3 innings.

Bradley received a standing ovation from the home crowd after the 6th inning. He threw 112 pitches.

Interestingly, Bradley was the fifth rookie pitcher since 2003 to make his MLB debut against a reigning Cy Young Award winner — and became the fourth of them to come away with a win.

Howie Kendrick, who doubled in the 4th inning for the Dodgers’ only hit off Bradley, also played in the Midwest League. He batted .367 with 10 HR, 49 RBI and 15 SB in 75 games with the 2004 Cedar Rapids Kernels.