Posted on April 7, 2015 by Craig Wieczorkiewicz 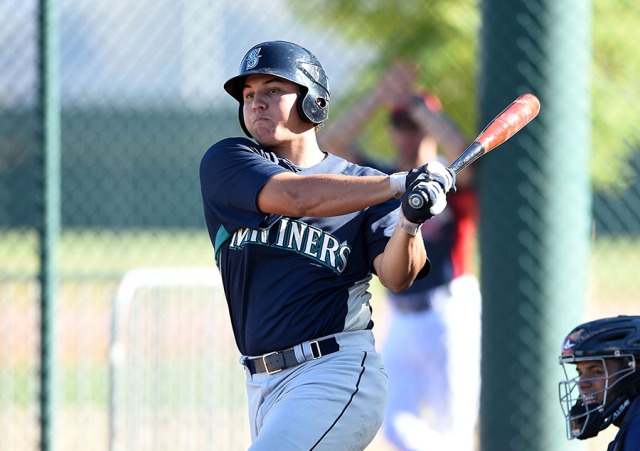 Jackson is ranked as the No. 1 Mariners prospect by both Baseball America and MLB.com. He was the third hitter taken in the 2014 draft (No. 6 overall), and was considered the best high school bat. Baseball America says “he has the potential to be an above-average hitter with at least plus power. … Long-term, if he develops as expected, he projects as a three-hole hitter who provides batting average, on-base ability and power.”

MLB.com: “Jackson has an enormous amount of bat speed and strength from the right side of the plate that allows him to generate a lot of power. He’s far from an all-or-nothing hitter, though, and should hit for average as well along the way. He will have to tone down his swing, which can get long at times, but he has shown an ability to make adjustments already.”

Jackson plays right field. He was primarily a catcher in high school, but Seattle moved him exclusively to the outfield after drafting him. He batted .280 with 2 HR, 16 RBI, 9 BB and 24 strikeouts in 23 rookie-level games last year before turning 19 in December.

The LumberKings have one other top-30 Mariners prospect on their roster. Third baseman Joe DeCarlo, 21, is ranked No. 18 by Baseball America and No. 30 by MLB.com. When he was healthy, DeCarlo spent most of the 2014 season with Clinton, batting .246 with 5 HR, 42 RBI, 36 BB and 84 strikeouts in 80 games. That line is deceiving, however, as DeCarlo’s stats before and after his June thumb injury are as different as night and day. He was batting .200 before the injury (caused by a hit-by-pitch), but went on a .349 tear in the 25 games he played after returning from rehab.

Infielder Martin Peguero returns to Clinton after playing for the LumberKings the past two seasons. (Photo by Craig Wieczorkiewicz/The Midwest League Traveler)

This entry was posted in Clinton LumberKings, Midwest League. Bookmark the permalink.