Posted on September 7, 2014 by Craig Wieczorkiewicz

The Kane County Cougars and the Lake County Captains will play each other in the Midwest League Championship Series beginning Wednesday.

The MWLCS opponents were decided Sunday night when the Cougars beat the Cedar Rapids Kernels 4-2 and the Captains beat the Fort Wayne TinCaps 5-4. Both games were exciting.

The Cougars scored first in the bottom of the 6th inning, on a solo homer by Jacob Rogers. 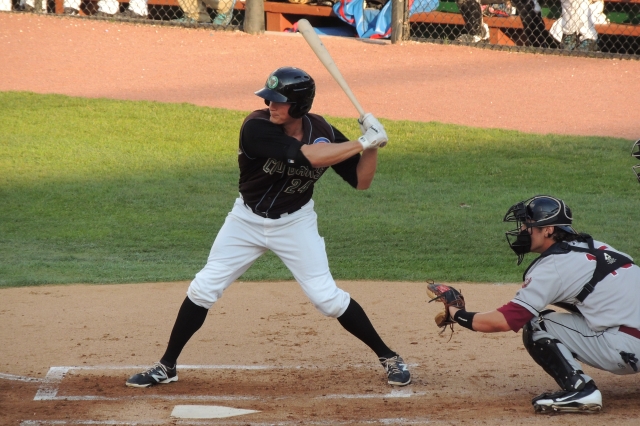 The Kernels responded with two runs of their own in the top of the 7th inning, taking a 2-1 lead on a two-run homer by Chad Christensen.

The Cougars took back the lead on a two-run homer by Carlos Penalver, who hit only one roundtripper in 478 at-bats during the regular season.

Kane County scored an insurance run on an RBI single by Chesny Young in the bottom of the 8th inning, giving them a 4-2 lead that held.

Captains SP Dace Kime didn’t get the win, but he pitched well, giving up one run on four hits, one walk and a wild pitch in 5.1 IP. He struck out six batters.

The best-of-five championship series starts at Kane County, with games on Wednesday and Thursday. The series moves to Lake County on Saturday, with additional games played on Sunday and Monday if necessary. All games are scheduled to begin at 7 p.m. ET/6 p.m. CT.