Posted on August 25, 2014 by Craig Wieczorkiewicz

West Michigan Whitecaps OF Wynton Bernard was named the Midwest League MVP for 2014, while South Bend Silver Hawks SS Andrew Velazquez was named the league’s Prospect of the Year.

Bernard is batting .328 with 6 HR, 45 RBI, 44 SB, 56 walks and 81 strikeouts in 126 games this season. Heading into today’s games, he leads the league in batting by a comfortable 32 percentage points. Bowling Green Hot Rods 2B Kean Wong is second with a .306 batting average.

On Sunday, Bernard collected his 159th hit of the season, setting a new franchise record for the Whitecaps. The previous record of 158 hits was set by Robert Fick in 1997 and tied by Nick Castellanos in 2011.

All of this is remarkable considering that Bernard was released by the San Diego Padres in late January. (He played five games with the Fort Wayne TinCaps last year.) The Detroit Tigers signed him after he participated in an open tryout in February.

Velazquez made headlines earlier this year when he set a new minor-league record for consecutive games reaching base. His 74-game on-base streak eclipsed the previous record set by Kevin Millar in 1997 and tied by Kevin Youkilis in 2003, and is 10 games shy of the Ted Williams’ MLB record of 84. 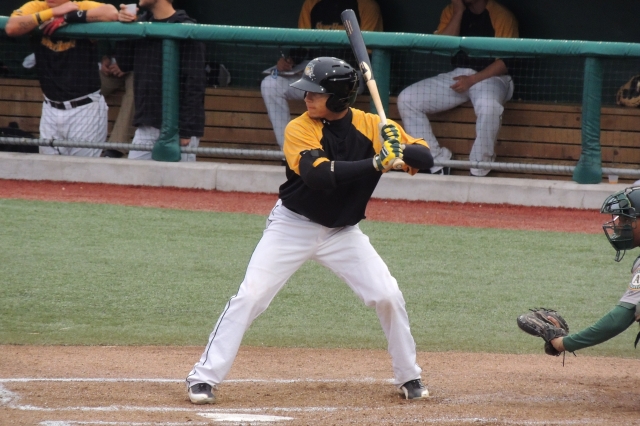 Mark Johnson was named the Midwest League Manager of the Year. At 86-46, his Kane County Cougars currently have the best record in Minor League Baseball. With eight games left this season, the Cougars need three more wins to set a new franchise record for regular-season victories (set by the 2001 team that won the Midwest League championship).